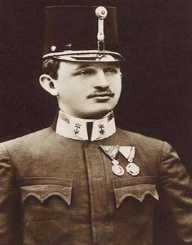 Charles, I of Austria was born on August 17, 1887, in Persenbeug in Lower Austria to Archduke Otto Franz of Austria and Princess Maria Josepha of Saxony. His granduncle, Franz Joseph, was at this period the Emperor of Austria and King of Hungary and two years later, his uncle Franz Ferdinand became the heir presumptive. Charles, I of Austria was brought up in the in the Roman Catholic faith and spent his childhood life at any place his father’s regiment was stationed. Charles I of Austria later spent part of his early years in Vienna and Reichenau an de Rax.

He received a private education, but also attended public gymnasium, which was contrary to the custom ruling in the imperial family. After his education, Charles I of Austria was enlisted in the army from serving as the officer chiefly in Prague from 1906 to 1908. Aside from his military duties there, Charles I of Austria also studied law and political duties. Charles was declared of age, and Prince Zdenko Lobkowitz appointed his chamberlain in 1907. Charles I of Austria had neither a cordial relationship with his granduncle Franz Joseph nor his uncle Franz Ferdinand and so did not have insight information about the state of affairs in the empire.

In 1914, the Yugoslav nationalist Gavrilo Princip assassinated the heir presumptive, Archduke Franz Ferdinand in Sarajevo. This assassination triggered the World War I that year. The assassination made Charles became the heir presumptive to the throne. As Charles I of Austria was not much briefed with the affairs of the state, the Emporer, King Franz Joseph took the time to initiate him through the process. However, this process halted during the outbreak of the World War I. Though he was not much involved in the first face of the war, Charles I of Austria spent time at the headquarters in Teschen. Charles I of Austria later became a Feldmarschall (Field Marshal) in the Austro-Hungarian Army.

In November 1916, Charles I of Austria ascended to the throne after the death of Emperor Franz Joseph. Charles I of Austria then took over as the Supreme Commander of the whole army from Archduke Friedrich on December 2, 1916. This was followed with his official coronation as the King of Hungary on December 30, same year. After assuming the throne, Charles I of Austria secretly commenced a negotiation with France using his brother in law, Prince Sixtus of Bourbon-Parma as the intermediary. However, the thing could not work out as the Allies demanded that Austrian recognize the Italian claims of territory.

Charles, I of Austria wanted to seek separate peace process contrary to the views of his foreign minister, Graf Czermin, who preferred negotiations for general peace. This negotiation leaked in April 1918, of which Charles I of Austria denied vehemently until the French Prime Minister, Georges Clemenceau, published letters signed by Charles. This resulted in the resignation of Czermin and the plunging the Empire into turmoil. During the final stage of the World War, ethnic tensions started emerging in the Austro-Hungarian Empire. The ethnic groups demanded full autonomy and becoming a separate nation as compared to Charles who preferred the creation of a new confederation with each national group exercising self-governance.

The US President, Woodrow Wilson has also issued Fourteen Points around that period, which included a demand for the Empire allows autonomy and self-determination among its people. Although the Foreign Minister Istvan Burian has asked for a truce, based on the Fourteen Points on October 14, 1918, Charles I of Austria also issued a proclamation that changed the Austrian state two days later. Full independence was granted to the Poles aimed at they joining other ethnic brethren in Russia and Germany in a Polish state.

The remaining of the Austrian lands were made into federal unions consisting of parts, German, Czech, South Slav, and Ukrainian, with each governed by a federal council. With states by state declaring independence, the Empire was divided and became difficult to come together, hence, Charles rule and future remained in limbo. Hungary at this point officially ended any personal union between them and Austria and Charles was left with nothing now.

Charles I of Austria then left for Switzerland without abdicating from the throne, which caused the Austrian parliament to the Habsburg Law on April 3, 1919, which barred Charles I of Austria from returning to Austria. Other members of the Habsburg family were banished from Austria territories and the member who sought to return had to renounce all intent to reclaim the throne and live as common citizens. The Parliament also passed another law to abolish all nobility in Austria.

While in Switzerland, Charles I of Austria and his family initially settled at Castle Wartegg near Lake Constant. On May 20, 1919, they moved to settle at Chateau de Prangins at Lake Geneva. Charles I of Austria unsuccessful tried on two occasions to reclaim the throne in 1921. That same year, the Hungarian parliament nullified the Pragmatic Sanction, which officially dethroned the Habsburgs.

Charles I of Austria married Princess Zita of Bourbon-Parma in 1911. The two met in their childhood years but lost sight of each other for about ten years due to their education. His uncle, Franz Ferdinand had a morganatic marriage so his children were unfit to ascend the throne and therefore he pressured Charles I of Austria to marry of which Zita was a better candidate due to her royal lineage. They had eight children, Crown Prince Otto, Archduchess Adelheid, Archduke Robert, Archduke Felix, Archduke Karl Ludwig, Archduke Rudolf, Archduchess Charlotte and Archduchess Elisabeth. Charles died on April 1, 1922, of respiratory failure.

He had previously developed bronchitis which transformed into pneumonia. He was interred in Madeira where he was exiled in the Church of Our Lady of Monte and his heart with that of his wife also buried in Muri Abbey, Switzerland. There have been several unsuccessful attempts to move his remains to the Habsburg Crypt in Vienna.