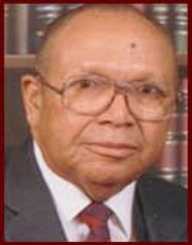 E.V. Wilkins was born Elmer Vanray Wilkins on the 4 July 1911 in Roper, North Carolina to Tom and Maggie Wilkins. He was one of ten children born to the couple and their second-born children.

After graduating from high school, E.V. Wilkins enrolled at the North Caroline Central University where he obtained a B.A. as well as an M.A.

E.V. Wilkins started his working life as a teacher of mathematics at J.J. Clemmons High School. During his time there he worked to raise money for bus services for African-American students. In 1941, he was appointed principal of the school.

As well as being an educationalist, E.V. Wilkins was a political activist who assisted in instituting voting rights for African-Americans by working with his local chapter of the National Association for the Advancement of Colored People in the 1950s. Roper was elected to the Roper Town Council in 1967, becoming the first African American elected to the council.

Then in 1975, Wilkins became Mayor of Roper, North Carolina, the first African-American mayor of the city. He held the position until his retirement in 1995.  Wilkins served on many boards including the State Board of Education, North Carolina Secondary Road Council, North Carolina Railroad Board of Directors, North Carolina State Ports Authority, Advisory Board for the Rural Education Institution of at East Carolina University,

Elizabeth State University Board of Trustees and the State Economic Development Commission. E.V. Wilkins was also a regular delegate at the Democratic National Convention in the 1970s and 1980s.

Elizabeth City State University’s computer center was renamed in his honor (1962), and the university’s School of Education and Psychology established the E.V. Wilkins Endowed Chair in 1996.

E.V. Wilkins met his wife, Elizabeth Witherspoon,  at J.J. Clemmons High School when they were teaching there in the mid-1930s. The couple married on the 4 September 1938. E.V. Wilkins lived until the age of 90, dying on the 2 June 2002.