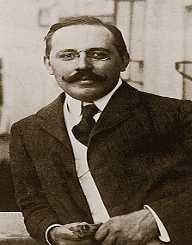 Gustav Suits was a prominent Estonian poet born in 1883. He was among the best poets and writers of the beginning of the 20th century. He is best remembered for his great works like Fire and Wind, The Fire of Life and All is But a Dream. Suits began his career at a young age. He was only sixteen when he penned down his first essay Water Lilies. The poem was published in 1899 by the newspaper Uus Aeg- New Time. He was among the pioneer leaders of Noor-Eesti meaning Young Estonia which was a literary movement group. In his poetry, he combined both general and personal elements of life. He described the Estonian History in depth as well as humanity fate using different styles. Most of these poetries became Estonian literature’s landmarks.

Gustav Suits was born on November 30th, 1883. His place of birth was the parish of Võnnu in Estonia. His father was a teacher in a village school.

Gustav Suits went to Tartu in Estonia to continue his education. He enrolled in the Alexander Gymnasium in the town in 1895.

A young Gustav Suits began his writing career when he was 16 years old. His first work, a poem Water Lilies was published in 1899. In 1901 he was a French and German Tutor. In the same year, he also established ‘Kirjanduse Sõbrad’ (Friends of Literature) which was a Literature Society. Between that year and 1902 the society published Rays journal. Meanwhile, he was a mentor of a literary group known as Noor-Eesti or Young Estonia.

His poetry collection entitled The Fire of Life was published in 1905. This was the first of his poetry collections. This collection was quite a success and became some of his famous works. His involvement with Noor-Eesti in 1905 and 1916 brought great European influence to the literature of Estonia.

Between 1917 and 1919 Gustav Suits was involved in politics. He became a member of Socialist Revolutionary Party in Estonia. Later in 1921 in Estonia gained its independence and suits took a job at the University of Tartu as a professor. He taught comparative literature, literary theory, and Estonian literary history until 1944. Afterwards, he would tour many countries like Holland, Sweden, France, Germany, Finland and the Soviet Union. He continued his teaching career at the Universities of Stockholm, Göteborg, and Königsberg.

An unfortunate turn of events took place during World War II. A fire took down his house in Tartu alongside his unpublished work which was in the house. His library with huge collections also perished in the fire. He fled from his country in 1944 and stayed in Stockholm for the rest of his life. Meanwhile, he continued with his writing along with doing a number of researches.

Gustav Suits was the first among other university level literature professors in Estonia. He was awarded Third Class Order of the White Star in 1939. Uppsala University honored him with an honorary doctorate.

Gustav Suits tied the knot with Aino Thauvón. Together they had two daughters.

Gustav Suits succumbed to a severe illness on May 23rd, 1956 at the age of 72. He died in Stockholm, Sweden and was buried in the Forest Cemetery of Stockholm.