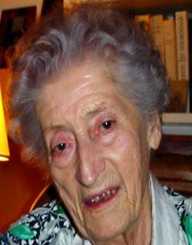 Lucie Aubrac graduated from the Sorbonne with a degree in history.

In 1939, Lucie Aubrac married Raymond Samuel, who later became known as Raymond Aubrac. They were both members of the French Communist Party. When France fell to Nazi Germany in 1940, Aubrac and her husband relocated to Lyon, which was in an unoccupied zone. It was around this time that her husband’s parents were detained and deported to a concentration camp where they both subsequently died.

To hide their Jewishness, they changed their name from Samuel to Aubrac. The couple then established Liberation-sud, a resistance group with Emmanuel d'Astier and published an underground newspaper, Liberation. Aubrac was also involved in clandestine activities such as making deliveries, helping with escape plans and printing propaganda flyers.

By early 1943, the Germany Army had arrived in Lyon, where the Gestapo chief, Klaus Barbie set up his headquarters. After members of the French Resistance were arrested and tortured, Raymond Aubrac was arrested in June 1943 but escaped with the assistance of his wife and others. The couple fled to London, arriving in the United Kingdom in February 1944.

When Charles de Gaulle set up a consultative assembly in 1944, he appointed Lucie Aubrac as a resistance representative. She published a short history of the French Resistance in 1945 and 1984, she wrote a fictional account of her time in the French Resistance based on her wartime diaries, Outwitting the Gestapo (1984).

Lucie Aubrac published many books including The Resistance Explained to My Grandchildren (2000). She also spent time visiting schools and other educational institutions giving talks about the French Resistance movement.

The French government presented Lucie Aubrac with the Legion of Honor in 1996 for her involvement in the French Resistance movement during World War II.

Lucie Aubrac married Richard Samuel, later Aubrac, in 1939, and they remained married until her death. They had three children together. Lucie Aubrac died on the 14 March 2007 in Paris, France at the age of 94. Raymond Aubrac died in 2012, at age 97. Two films have been made about Aubrac’s life during World War II: Boulevard des hirondelles (1992) and Lucie Aubrac (1997).