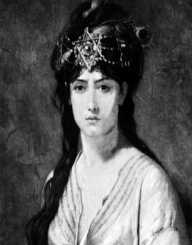 Queen of Sheba is a mysterious character of ancient history. The stories available in the public domain regarding her existence are unclear. The Hebrew Bible and the Muslim Koran says that she was a queen of an ancient kingdom called Sheba. Though there is no evidence of such a kingdom, historians believed that the kingdom of Sheba was either located in the southern Arabian Peninsula or in the Horn of Africa. The land could have existed either in the present day countries of Yemen or Oman or in Ethiopia/ Somalia. However, she remains a mythical figure to date and historians all over the world failed to confirm her existence.

Queen of Sheba ruled the ancient kingdom called Sheba or Saba. However, no authentic details of her date/place of birth and the precise location of her kingdom is available. Historians believe that the Sheban Queen was born in the latter half of the 11th century BCE. In the Arabic language, she is referred to as Bilqis whereas in Ethiopian she is known as Makeda. She is a famous personality of the folklore of both the African continent and the Arabian Peninsula. Her stories are also part of a widespread legend that has been repeatedly told for around 3000 years in the countries of Ethiopia, Somalia, Oman, and Yemen.


SHEBA’S VISIT TO THE COURT OF KING SOLOMON

NARRATIVE 1: AS PER THE BIBLICAL OLD TESTAMENT

The narratives in three prime pieces of ancient texts are the strongest evidence of the existence of Queen of Sheba and her mythical kingdom. According to the Biblical Old Testament, The Muslim Koran and the Ethiopian Kebra Nagast (Glory of the Kings), she visited the grand court of King Solomon in 10th century BCE. Solomon was the son of the legendary David, the slayer Goliath. He was also the King of Israel. The Sheban Queen led a caravan of camels loaded with a huge amount of spices, precious stones, pieces of jewelry and gold. She gifted all these invaluable materials to King Solomon. It was this story which provided acceptance to the popular belief of the existence of an important trade link between the Arabian Peninsula and ancient Israel.

NARRATIVE 2: AS PER ETHIOPIAN FOLKLORE

According to a second version of the story, King Solomon himself had invited Queen of Sheba to his court. Hence, the Queen visited the court in an attempt to strengthen her political ties with the King. Earlier, she was a worshipper of the sun. However, she converted to a worshipper of God according to the wish of the king. There were rumors of marriage between the two. However, none of the sources could confirm the rumors. According to Ethiopian folklore, she gave birth to a son fathered by King Solomon.

Her story is also part of the Persian and Turkish folklore. She appears in Turkish and Persian paintings as well. According to some other accounts, she is the daughter of a Chinese king and a fairy. Historians presumed the time of her death approximately to be around 955 BCE. Hollywood immortalized her by making a film on her life. The film titled Solomon and Sheba, a romantic drama saw the light of the day in 1959.