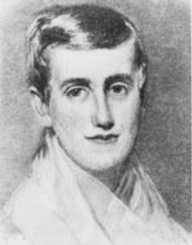 Prudence Crandall was born on Rhode Island on the 3 September 1803. Her parents were Pardon and Esther Crandall, and she had three siblings. The Crandall family moved to Canterbury Connecticut in 1820.

After teaching at a girls’ school in Connecticut, Prudence Crandall and her sister purchased the Canterbury Female Boarding School in Canterbury. It was soon spoken about as a model school for girls. In 1832, Crandall decided to enroll an African American student. The girl in question, Sarah Harris, a farmer’s daughter, wanted an education so that she, in turn, could teach African American children. The enrolment of Harris was very unpopular. Many parents removed their girls from the school in protest.

Crandall decided to focus on the education of the African American girls. She changed the name of her school to Miss Crandall’s School for Young Ladies and Little Misses of Color. Abolitionists were strongly in favor of her school; others were very hostile. Things came to a head when a State law was passed prohibiting such a school. Crandall was charged.

Arthur Tappan, an abolitionist, arranged for legal representation and eventually, the case was dismissed due to lack of evidence. The school was free to re-open, but it did not stop the anger in the town. Eventually, in 1834, due to the increased hostility, Crandall shut down the school.

Prudence Crandall fought bravely to be able to give African American girls a decent education. She was also against slavery and a vocal abolitionist.

In 1995, the state General Assembly honored Crandall by naming her Connecticut’s State Heroine.

The Crandall family was members of the Society of Friends, also known as Quakers.

In later life, Prudence Crandall lived in Elk Falls, Kansas. She had an annual pension awarded to her by the state legislature. She died in January 1890.

The Canterbury school where Crandall tried her best to offer a good education to African American girls, is now the Prudence Crandall Museum.

The idea of allowing African American girls a decent education alongside white girls was revolutionary for Crandall’s time. She had to deal with enormous criticism and hostility, including legal threats.