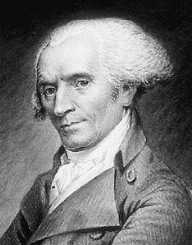 Elbridge Gerry was an American diplomat and the fifth Vice President of the United States of America. Born on July 17, 1744, he served in office from March 1813 until he died in November 1814. Elbridge Gerry was very critical of the British colonial policy and played a vital role in organizing the resistance during the initial stages of the American Revolutionary War. Before rising to vice president, he served in the Second Continental Congress where he was a signatory to the Article of Confederation and the Declaration of Independence.

In 1787, he was one of the three people who refused to sign the United States Constitution duringthe Constitutional Convention because it did not contain a Bill of Rights.H e was also a member of the first United States Congress. In 1810, he became the Governor of Massachusetts after several failed attempts. Elbridge was named after what came to be “gerrymandering” which is a process where electoral districts are drawn with the intention to assist the party in power.

Elbridge Gerry  was born to Thomas Gerry and Elizabeth Gerry on July 17, 1744, in Marblehead, Massachusetts. His father was ashipping merchant who operated out of Marblehead and was involved in local politics. He was also instrumental in the local militia. Elbridge was the third of eleven children by his parents of which only five survived childhood. Elbridge first received private tutoring and in some few months to age 14, enrolled at Harvard College. He received his B.A in 1772 and went on to earn an M.A in 1765.

After his M.A, Elbridge  joined his father in the merchant business. Their business became very prosperous with strong connections along the North American Coast, Spain and West Indies. The Gerry family became one of the wealthiest Massachusetts merchants.

Elbridge Gerry became vociferous opponent of the British policies. In 1763, he spoke against parliament’s bid to impose taxes on the colonies after the French and Indian War. He was a member of the Marblehead committeesought to implement an importation bans on taxed British goods in 1770. He made correspondences with other advocators including John Adams, Samuel Adams, and Mercy Otis Warren among several others. Elbridge was elected to the Great and General Court of the Province in Massachusetts Bay in May 1772. On the court, he was tasked to form the committee of correspondence.

In 1774, he was elected to serve on the First Continental Congress but declined the position due to his father’s death. From 1776 to 1780, he served in the Second Continental Congress. During this period, he played vital role in convincing some other members push the passage of the United States Declaration of Independence in 1776. In 1783, he joined the Confederation Congress serving on it until 1785.In 1788, Elbridge Gerry was elected to the United States House of Representative where he would serve for two terms.

Elbridge Gerry  who was a nonpartisan joined the Democratic-Republican Party in 1800 and decided to contest for the governor of Massachusetts. He was rejected for four years, as his main contender Federalist Caleb Strong was very popular in the state. After being unsuccessful, he decided to go into semi-retirement in order to deal with personal issues including his looming financial crises. He had guaranteed a loan for his brother Samuel Russell, which was due to be paid. This situation will worsen his finances his entire years. In 1810, Elbridge Gerry  returned to contest against the then governor Federalist Christopher Gore. He was successful this time as he narrowly won against Gore. He was able to retain office the following in a contest again with Gore. During his first term as governor, Elbridge Gerry  remained on a low key because the Federalists then controlled the state senate.

However, during his second term, he became very controversial since at the time the Republican was in control. Elbridge Gerry  removed several Federalists appointees from officeand filled the judiciary with Republican partisans. The lost the 1812 elections to Caleb Strong.

In 1797, President John Adam appointed Gerry and others for a special diplomatic mission in Republican France. In 1796, the US and Great Britain ratified the Jay Treaty and that had resulted in tensions between the US and France. The French leaders saw the treaty as an Anglo-American alliance and that started series of hostilities. With this Elbridge Gerry  John Marshall, and Charles Cotesworth Pinckney were delegated to address the concerns. While in France, they briefly met Foreign Minister Talleyrand. Things turned sour when some three French agents (identified as X, Y, Z) demanded bribes from the delegation before talks could continue. Elbridge Gerry  and his team refused to paya bribe, hence the negotiations with Talleyrand could not continue. Marshall and Pinckney the country in April 1798, however, Elbridge Gerry  remained because Talleyrand threatened a war against the US if he left.

Elbridge Gerry  unsuccessfully reached any meaningful negotiations and left in August same year. This resulted in the undeclared naval Quasi-War from 1798 to 1800. Back home, Federalists, including Secretary of State Timothy Pickering accused him of not doing enough to put the talks on track but he gained the support of President Adams and other Republicans like Thomas Jefferson.