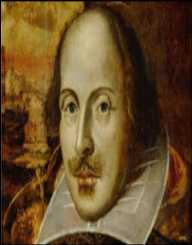 Edward de Vere was born on April 12th, in 1550. He was a famous English peer. He also earned his fame through the regular visits that he paid to the court during the Elizabethan era. In spite of the huge fan base that he had, his reckless and temperamental attitude prevented him from gaining any government positions. De Vere has often been considered as the individual who wrote Shakespeare’s works.

Edward de Vere was born on April 12th, in 1550. His place of birth was in Hedingham Castle, England.  He was the only son born to Margery Golding and John de Vere. History has it that de Vere was perhaps given the name ‘Edward’ in honor of Edward VI. His half-sisters were Katherine and Mary de Vere. She was the child to Dorothy Neville, the first wife to de Vere’s father.

De Vere went ahead and lived with Sir Thomas Smith’s family. They were his surrogate parents.

When Edward de Vere clocked eight, he joined Queen’s College situated in Cambridge. After that, he went to St. John’s.

Following the death of his father on August 3rd, 1562, de Vere earned the position of a royal ward. He was in Sir William Cecil’s household. When he clocked 12, he rose to take over as the 17th Earl of Oxford.

In 1571, Edward de Vere raised his interest in marrying Anne. Anne, Cecile's daughter of 14 years. Previously, Anne’s parents had consented that she was to be married to Philip Sidney. However, negotiations continued for about a year as Cecile portrayed his dissatisfaction to the marriage arrangement as de Vere was too old to wed Anne. Their wedding took place on December 16th, in 1571. De Vere later married Elizabeth Trentham as his second wife.