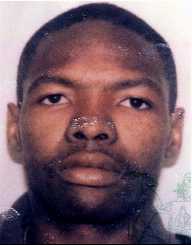 Christened the ABC killer, Moses Sithole is arguably the most impressive serial murderer in the history of South Africa.

Moses Sithole was born on November 17, 1964, in Vosloorus, Boksburg. Due to the nature of the apartheid system, Africans were not documented in government records. Thus nothing much can be said about Sithole’s childhood.

Nevertheless, according to his testimony, he spent his early years in Boksburg. In 1971, his father passed on. The tough life of the neighborhood forced his mother to surrender them to the police. They were subsequently placed in a children’s home in Kwa Zulu Natal. After spending three years at the orphanage, Sithole managed to escape and reunite with his mother. However, the reunion never lasted, his mother sent him back to the orphanage.

Moses Sithole left the orphanage for Johannesburg with his elder sibling. He got a job as a miner in the gold mines of Johannesburg. Despite his charm and good looks, Sithole never maintained a romantic relationship with women. His love affairs either never took off, or died as soon as they started.

The exact initial raping incident involving Moses Sithole cannot be proved. But the earliest reported case with the police was in 1987. He was only 23 years. His first trial and conviction of rape came in 1989. He was convicted to a 5-year jail term. Due to his good behavior, Sithole was released in 1993, having served only four years. Throughout the trial, he pleaded his innocence, claiming all the evidence was fabricated.

By April 1995, several bodies of African women were found in Atteridgeville. This was in a district in the capital Pretoria. The litany of killings continued in Pretoria continued with more bodies being found. With the crime and murder rate in South Africa so prevalent, nothing seemed to raise any suspicions. The police only formed a special unit after the media decided to publicize the story. The police discovered a pattern in the killings, but could not ascertain if the killer was the same. Then the killings went silent, and no more bodies were discovered.

In September of 1995, more bodies were found in Boksburg. The discoveries sent panic waves to the country. This prompted the national government led by President Mandela to appeal for any help in apprehending the culprit. The American FBI sent in a retired agent to help unravel the mystery. With the profiling done, the police had a trial to pursue.

With more bodies discovered in Cleveland near Johannesburg, the police were convinced that the killer and the killings were related to the previous crimes. The Atteridgeville, Boksburg and Cleveland killer was the same person. Hence the ABC killer was coined. It was also established that all the victims had been contacted by a businessperson with a promise for employment in a firm. The firm went by the name Youth Against Human Abuse or YAHA.

With the manhunt becoming a wild goose chase, the police released Moses Sithole's information to the public for help. Sithole went underground. On October 3, 1995, he called a local news reporter to plead his case. He confided to the reporter that he was indeed Moses Sithole. He also said that his motive was to get revenge for the years he served jail for rape crimes he never did. He proved his identity by directing the reporter to other bodies of his victims.

The police finally got Sithole on October 18, 1995, in Pretoria. He had arranged for a meeting with a relative who promised to help him get a gun. The investigating police got him in operation.

Moses Sithole was charged on November 3, 1995, in a Pretoria court. He was charged with 38 murders, 40 rapes, and 6 robberies. Altogether, he was sentenced to 2,410 years in prison. He is serving his jail term in a maximum security prison in Pretoria.

Moses Sithole was an intelligent man, with a peaceful demeanor. His wife whom he met while serving his first jail term, left him two months before the second arrest. With Martha Ndlovu, he had a daughter.

Despite his intelligence, Moses Sithole drew his inspiration in life from a negative school of thought. From the memories of his mother to his first conviction, he unleashed his anger towards innocent young African women. The crime of these women was seeking a job in his YAHA. He cemented himself as the pinnacle of rape crime in South Africa and the African continent.