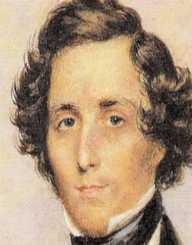 German composer Felix Mendelssohn was born Jakob Ludwig Felix Mendelssohn Bartholdy on the 3 February in 1809 in Hamburg, Germany. In 1811, the family moved to Berlin. He was the son of Abraham Mendelssohn and Lea Salomon. His grandfather was the Jewish philosopher Moses Mendelssohn. He displayed his musical genius at a very young age. His sister Fanny was also artistic and was a pianist and composer. He also had two other siblings. As well as music, he also showed an interest in art, literature, and mathematics.

Felix Mendelssohn's music education began at an early age when with piano lessons with Marie Bigot and instruction in composition from Carl Friedrich Zelter. At the age of nine, he was a pre-teen when he made his first public appearance, and his first published work appeared when he was 13. In 1820 he was enrolled at the Sing-Akademie.

From 1822 Felix Mendelssohn gave weekly concerts at his family home. In 1824, when he was 15, he wrote his first full symphony for orchestra. He finished the overture to A Midsummer Night’s Dream in late 1826, and it was performed in Poland in early 1827. He visited England for the first time and spent time with Moscheles who was part of London’s musical elite.

He found appreciation for his work in England and played at a number of private and public concerts. His early work includes Strong Octet (1825), the overture to A Midsummer’s Night’s Dream (1826) and String Quartet in A minor (1827) which exhibited his musical genius at a young age.

Felix Mendelssohn visited England a number of times during the course of his career where he met Queen Victoria and her German husband Prince Albert who were fans of his music. He was made a conductor at the Gewandhausorchester Leipzig in 1935 and in 1843 he founded the Leipzig Conservatory. After visiting Scotland, he wrote the concert overture The Hebrides - Fingal’s Cave (1830). One of his most famous compositions is his Violin Concerto in E Minor, op. 64 (1844).

In March 1837, Felix Mendelssohn married Cecile Jeanrenaud, and they have five children. He died in Leipzig on November 4, 1847.