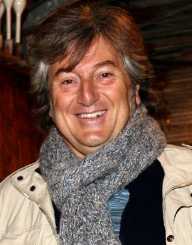 Vittorio Missoni was the CEO of Missoni Brand founded by his parents Ottavio and Rosita in the 1950s. He is recognized for growing and expanding the Missoni Brand into an international and globally recognized trademark.

It was a year after the opening of a knitwear store when Missoni was born in Gallarate, Lombardy, Italy in the year 1954. Missoni was the firstborn. Later on, his parents were blessed with two more children, Angela and Luca, making it a family of five. The knitwear store business progressed well enabling them to lunch the Missoni label (the Zigzag pattern) on their first garments in the year 1958. This marked the beginning of an explosive Missoni fashion house both in Italy and globally.

Vittorio Missoni and his siblings were privileged to meet style and fashion at an early age. They were exposed to legendary fashionistas who gave them opportunities to pose for photos that would be used to market their fashion and lifestyle magazines.

In the 1960s Missoni’s parents handed the leadership of the company to their children. Vittorio Missoni as was in charge of administration, handling the marketing and manufacturing sector. The other two siblings controlled the creative direction of the Missoni Fashion house. The family worked hard to see that the company grows to unimaginable exploits. Eventually, Vittorio Missoni rose to take up the role of the CEO of Missoni Label and steered it to an international label.

Milan was labeled as the world capital of fashion in the late 1960s. This was due to the relocation of the Missoni label Headquarters from Lombardy to Milan.

Vittorio Missoni went on expanding the Missoni Fashion house into a credible and respectable trademark as the CEO in the US and Europe. He diversified into a full house brand by in cooperating household and cosmetic products such as bicycles, towels, and perfumes.

Vittorio Missoni did not stop at there. He brought in the Hotel Venture. In 2009 the Missoni Hotels were launched in different localities including Edinburgh and Scotland.

Missoni extended partnership with the American retail chain, Target Corporation to give shoppers low-priced products in 2011. The deal led to the crash of Target Corporation’s website due to the unexpectedly high demand from buyers.

Missoni commanded a huge fan through his brand label. Marketing companies featured the Missoni family in their advertisements. Angela’s daughter Margherita was also among the featured personalities in the adverts. A number of magazines also featured Missoni’s family compound, Sardinia, in most of their articles as well as Missoni’s advertisements. All this family efforts and dedication to the Missoni trademark left clients with a thirst to draw more from the beauty of the Missoni image brand.

A less than one hour’s flight time trip became a nightmare for the Missoni family. On the 4th of January 2013, Vittorio Missoni together with his wife and four other members aboard a private jet from the island resort of Los Roques went missing. Amongst the four accompanying Vittorio and his wife, were two crew members and Missoni’s friends, Guido Foresti and Elda Scalvenzi. The private Jet is believed to have disappeared off the Venezuela coast as it headed for the Caracas airport. The 58-year-old Missoni and his wife Maurizia Castiglioni had visited destination believed to have been a love for the rich Italians for a vacation.

The Missoni Family could not come to terms with the fact that their loved ones could have crashed. Media and news outlets had already concluded of the possibility of a plane crash as opposed to the Missoni family.

The expertise of air and sea search team was launched but it proofed futile. There was no immediate feedback on any evidence of the plane's whereabouts. Luca Missoni who was an excellent pilot flew to Venezuela with high hopes of finding news about the missing plane through aerial search. The search went on for more than half a year. Newspaper reports had given news of the bodies having been recovered on January 10th, 2013 but it was termed as untrue. In May 2013 Vittorio Missoni’s father, Ottavio passed on without information on the missing plane.

Although the plane was found on 27th of June same year, family members of the plane passengers still trust that credible investigations will be done to a conclusive reason as to the cause of the accident.