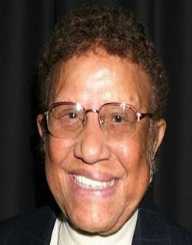 Hal Jackson was an American radio host and disc jockey.

Harold Baron Jackson was born in the city of Charleston, South Carolina, on November 3, 1915. His father, Eugene, was a tailor. His mother’s name was Laura. The two of them died within months of each other when he was eight years old.

Hal Jackson lived with his relatives for a while. He moved out on his own when he was just thirteen years old. He soon relocated to Washington, D. C. He graduated from Howard University.

Hal Jackson was the first African-American sports announcer. He began his career by announcing baseball games at Howard University, as well as local Negro league games. In 1939, he began hosting a nightly talk show at the WINX radio station. It was called The Bronze Review.

Hal Jackson interviewed successful African-Americans. The station initially did not let him do the show, so he bought the airtime himself. After it gained popularity, he was able to purchase airtime. On three more stations.

In the 1950s, he moved to New York City. He hosted daily shows on multiple radio stations. He was very popular with the audiences.

Hal Jackson usually talked about music, and he interviewed celebrities. For a while, he hosted a children’s television show called Uncle Hal’s Kids Show. He also hosted the Miss Black America pageant. In 1971, he started a broadcasting corporation together with the politician Percy Sutton. They began buying stations all over the United States.

Hal Jackson became the first African-American to be inducted into the National Association of Broadcaster’s Hall of Fame, as well as the National Radio Hall of Fame. He held the Guinness World Record for being the oldest broadcaster. His career lasted 73 years.