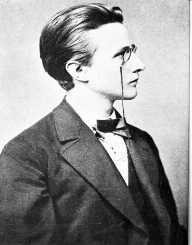 Max Planck was professionally known as a German physicist and scientist who came up with a fundamental change in the 19th-century. He wanted to become an avid musician, but he later opted to study physics. He held a top position in Berlin, Munich University and Kiel University where he got a chance to partner with other experts. His remarkable contribution entails introducing a striking theory that made him win the Nobel Prize in 1918.

On 23 April 1858, Max Karl Ludwig Planck was born in Kiel to Johann Planck, a lawyer, and Emma Patzig. His family moved to Munich in 1867. He attended Maximillian’s Gymnasium School where he learned astronomy, mathematics, and physics under Hermann Muller. He later graduated at the age of 17.

Max Planck opted to forget about his musical career where he embarked on his studies. He was then admitted at the University of Munich in 1874 and the University of Berlin in 1877 where he completed his studies. He stomped the solid ground by competing with famous physicians including Gustav Kirchhoff and Herman Helmholtz. He received his first doctoral degree at 21 years of age.

From 1880 to 1885 Max Plank served as a lecturer and an associate professor. After Gustav Kirchhoff death, Planck was appointed to fill a professor’s position. He held the position until the end of his professional career. He commenced working on a radiation project.

Max Planck wanted to prove that his original bulbs produced less light, unlike the previous ones. In the process, he created a Planck black-body radiation law. In 1897 and 1906 he published Thermodynamics and Theory of Heat Radiation book. This led to the Nobel Prize in Physics. In the mid of 1928, he retired from his work due to Adolf Hitler's uprise.

Max Planck will forever be remembered as the only physicist who created quantum physics. This means that he founded a new or unique branch in the study of Physics.

For establishing a new branch of physics, Max Planck was recognized with Lorentz Medal in 1927 as well as the Copley Medal in 1929. In 1887 he married Marie Merck, and the couple was blessed with four children. His wife died in 1909 when he married Marga von Hoesslin in 1911.The couple had a son. At 89 years, Max died in 1947 in Gottingen.