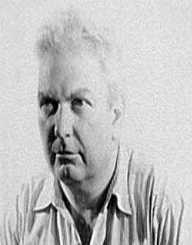 Alexander Calder was born on July 22nd, in 1898. He was famous for his remarkable talent as a sculptor. Throughout his career, he earned the recognition of being an influential sculptor more so in the 20th century. Due to his exceptional skills, his works were quickly recognized and displayed at the Museum of Modern Art situated in New York.

Alexander Calder was born on July 22nd, in 1898. His birthplace was in Lawnton, Pennsylvania.

Young Calder was born into a family of artists. His grandfather Alexander Milne Calder, for example, was a notable sculptor. Similarly, Alexander Stirling Calder, his father was also a sculptor who earned recognition for a number of public installations that he left behind near Philadelphia. Interestingly, Calder’s mother also honed her artistic skills as she worked as a professional portrait artist. Throughout Calder’s artistic career, he is best remembered for inventing the mobile. Numerous large scale exhibitions display his works to this day.