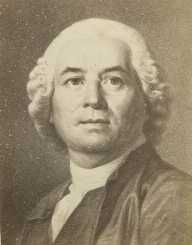 Christoph Willibald Gluck was born in July 2, 1714. He was a German composer. He is known for the reforms he brought to the opera’s dramaturgical practices. He learnt music at the age of three. His music legacy includes thirty five complete operas and other compositions. He died in 1787 of stroke.

Christoph Willibald Gluck was born on July 2, 1714, in Erasbach, Germany. He was born to Alexander Johannes and Maria Walburga. In 1717, his family moved to Bohemia. He was introduced to music at the age of three by way of the church choir. In 1731, he joined University of Prague where he studied Logic and Mathematics. He, however, did not receive his degree.

In 1737, he moved to Milan where he studied all instruments under the guidance of G. B. Sammartini. Sammartini was impressed with his music skills and symphonies. Gluck formed association with opera houses such as the Teatro Regio Ducal. In 1741, his first opera ‘Artaserse’ was performed at the Teatro Regio Ducal. In 1742, he performed the opera at the Milanese Carnival. The opera was a success that he was approached to compose operas for the next four carnivals that were held in Milan. In 1745, he became the house composer at the King’s Theatre in London. The theatre was later closed for a year due to the Jacobite Rebellion.

In 1749, his operas ‘La Caduta’ and ‘Artamene’ were performed. In 1750, he composed an opera for Dresden which was performed by Pierto Mingotti’s troupe at the Royal wedding between the Bavaria and Saxony families. Gluck was noticed by the Viennese Court that asked him to compose ‘Metastasio’ Semiramide Riconosciuta’ for the celebration of Maria Theresa’s birthday. In the same year, he composed an opera for the Prague Carnival titled ‘Ezio’.

In 1752, he performed ‘Metastasio’s La Clemenza di Tito’ for the name day celebrations of King Charles VII of Naples. He also composed the famous aria ‘Se Mai senti spirarti sul volto.’ In 1754, he settled in Vienna and became the ‘Kapellmeister.’ He later received the honor of Knight of the Golden Spur bestowed on him by Pope Benedict XIV. Gluck then started using the title ‘Ritter von Gluck.’ He produced his ballet ‘Dan Juan’ in collaboration with choreographer Gasparo Angiolini. In 1784, ‘Les Danaides’ premiered after his collaboration with Antonio Salieri. His operas portrayed the beginning of modern, musical dramas that marked the end for opera seria styles. He composed six trio sonatas, two trio sonatas, and nine symphonies. He also composes arias, solo motets, and chorals.

In 1750, he married Maria Anna Bergin. He died on November 15, 1787, of stroke. Gluck died at the age of seventy three. He was interred at the Matzleinsdorfer Friedhof. He was later moved to a tomb in the Vienna Zentralfriedh.