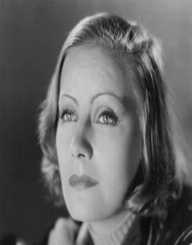 Swedish actress Greta Garbo was born on 18 September 1985 in Stockholm, Sweden. Greta Garbo grew up in poverty, her father was a laborer, and they lived in what in those days was known as a slum in Stockholm.

Greta Garbo was a student at the Royal Dramatic Theatre in Stockholm, Sweden.

After she had finished school, she was working as a clerk in a store when she was spotted by film director Erik Petschler who saw that her beauty had potential to come across on the big screen. He gave her a tiny role in Luffar-Petter (1922). After that, Greta Garbo decided that she wanted a career in acting and she enrolled at the Royal Dramatic Theatre in her hometown.  In 1924, she was given her first starring role in Gosta Berling Saga. It was a success, and shortly afterward she was offered a contract with MGM. The film’s director who helped organize the contract with MGM also christened her simply Greta Garbo

Greta Garbo's first role in an American film was in the Torrent (1926) This was still the era of silent movies. Her beauty came across strongly in The Torrent, and MGM executives were impressed with her acting. Greta Garbo was given a contract.

The public was fascinated with the Swedish beauty. When sound arrived, it was no deterrent, MGM simply used it to promote her voice, and the public waited with bated breath to her on film. Her first film with sound was Anna Christie (1930). She made Romance later in 1930 and received an Academy Award nomination.

In 1932, she acted in Grand Hotel, and it was from this film that her famous line of wanting to be alone emerged. She was one of the first celebrities to be known by one name, in her case, Garbo. Some of her films in the early thirties were slightly controversial. Mata Hari (1932) and Queen Christina (1933) had more modern overtones for which the general public was not quite ready. She was definitely one of the films first femme fatale. There were other romantic love story roles in 1930. Then Greta Garbo starred in Anna Karenina (1935) and Camille (1936) both showing her as a mature actress at the peak of her career. Garbo’s was nominated for an Oscar for Ninotchka. Her 1941, Two-Faced Woman was not a success, and her career petered out after that. She made one more film, The Paradine Case (1947) then moved to New York and spent the next fifty years in relative seclusion.

She won two New York Critics Circle Awards:  Best Actress (1936) for Camille and Best Actress (1937) for Anna Karenina. In 1955 she was given an Honorary Academy Award, citing her unforgettable screen performances. In 1937, Garbo was awarded the Litteris et Artibus, a Swedish medal which is awarded to artists who have made a major contribution to the arts.

After making her final film in 1947, Greta Garbo retired to an apartment in New York City and lived in seclusion until she died. She gave no interviews and made no public appearances, living a reclusive life away from her fans. She died on the 15 April 1990. She left her fortune to her niece. In 1960, Garbo was given a star on the Hollywood Walk of Fame. In 1983, she was made a Commander of the Swedish Order of the Polar Star.

Greta Garbo's legacy will be as one of the actors who successfully crossed over from the silent film era to sound. Her later reclusiveness was as legendary as her beauty. Up until the end, she demanded to be left alone. The Sveriges Riksbank decided in 2011, to feature Greta Garbo on the 100 krona Swedish banknote.