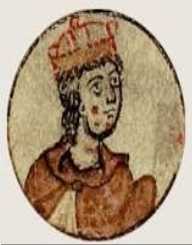 Henry (VII) of Germany was the only son of King Frederick II and his first wife, Constance of Aragon. He was born in Sicily in 1211. In 1212, his father crowned him as the King of Sicily, when he was only one-year-old. This incident happened immediately before Frederick II became the King of Germany.

After getting freed from the obligation of conforming to the agreement with the Pope, Frederick II quickly summoned Henry to Germany. He made Henry the Duke of Swabia in 1216 itself and took over the crown of Sicily from him in the following year.

In 1219, Henry received the title of Rector of Burgundy in addition to his responsibility as the Duchy of Swabia. In April 1220, the German princes selected Henry as the King of the Romans or rather the German King.

His coronation as the German King took place on May 8, 1222, where he was crowned at Aix-la-Chapelle (modern Aachen, Germany). Archbishop of Cologne, Engelbart I crowned him in the capacity of his tutor-cum-guardian.

Life after the Coronation

The election of Henry (VII) was not a unanimous choice. Pope Honorius III did not acknowledge his election as the German king. He also divested Henry’s right to the Sicilian kingdom. Like his predecessor Pope Innocent III, Pope Honorius III was also against the reunion of Sicily and Germany and did not like the idea of both countries ruled by one ruler.

Several German Princes were also against the selection of Henry as the German King. In 1225, Engelbart was murdered. Henry’s father appointed Duke Louis I of Bavaria as his guardian after the demise of Engelbart.


Death Of Engelbart & Henry's Strained Relation With DukeLouis I

In 1228, Henry's relationship with his guardian Duke Louis I of Bavaria became untenable. Henry was suspicious about Duke’s complicity in plotting to oust his father in connivance with Pope Gregory IX. Germany at that time saw increasing instances of law and order problem.

It increased substantially after the death of Engelbart. On this backdrop, during the Christmas of 1228, Henry sidelined his guardian and took over full control of his kingdom, forcing Duke Louis into submission.

Fall Out With Father

However, with Germany witnessing more and more tumultuous and disorderly times, the relationship between Henry (VII) and his father worsened. The immediate fall out of this strained relationship between the father-son duo was Henry’s refusal to be present at the diet at Ravenna.

He also raised his voice against the benefits sanctioned to the princes at Worms by his father. In 1232, Frederick II tactfully made Henry swear obedience to him after he made an understanding with Pope Gregory. However, Henry, within a very short while of declaring allegiance to his father, began opposing his decisions in all directions.

With absolute defiance to his father’s authority, Henry (VII) decided to issue a manifesto to the princes. In addition to that, he entered into a conflict with the son of Duke Louis and took him into custody among many others. Frederick II immediately demanded the release of all captives including the son of Duke Louis. The thaw in the relationship between the father-son duo further worsened when Henry interfered with some inquisition matters. Henry declared his decision to revolt against his father in 1234 and allied with the Lombards. However, most of his supporters deserted him when Frederick II reached Germany.

In 1235, Henry (VII) made a futile attempt to subdue the Princes at Worms. Upon this development, Henry surrendered to his father. For some time, Henry had to remain as a prisoner in Germany. No formal trial was held for him as he was accused of breaking his oath taken in 1232. Later, German authorities took him outside the country. At first, he was taken to San Felice in Apulia and was then shifted to prison at Martirano in Calabria. He died in this prison itself on February 12, 1242. As per reports, Henry had probably committed suicide.