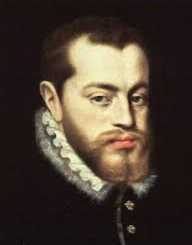 Francisco Vázquez de Coronado is one of the Spanish sons. Also, he is famous for expeditions in the New World. He was born around the year 1510, in Salamanca, Spain. As per the historians, Francisco was born into a wealthy family of significant ties. Therefore, as a young man, he had a good lifestyle coming up. However, due to his place in the family line, Francisco had no major prospects of inheriting the family fortunes.

Therefore, he made sure that he would earn his wealth. Besides, the only way to do that was to go to the new world. In his expeditions, Francisco is one of the few Europeans ever to set their eyes on the Grand Canyon. Also, he is the first European to fix his sights on other remarkable American landmarks. Among these in include the Colorado River.

The father was Vázquez de Coronado y Sosa de Ulloa, while the mother was Isabel de Luján. The father was acting as the helping hand of the governor of Emirate Granada. A new colony of Spain that they had just recently placed under Spanish rule. So, in his wisdom, Francisco made his way to New Spain in the year 1535.

In his move to New Spain, present-day Mexico, Francisco Vázquez de Coronado had the support of the Viceroy of Mexico. So, upon reaching Mexico, he got an opportunity to work in the government. He was only 25 year of age at the time of his voyage. Upon arriving in Spain, Francisco wed a young girl of twelve years of age. Her name was Beatriz de Estrada. Beatriz was the sister to Leonor de Estrada. Upon marriage, Francisco got to inherit the right amount of wealth. Their union bore them eight children in total.

Expedition into the South West

Soon after, many tales of gold got to rich the ears of the young Francisco Vázquez de Coronado around the year 1530. One of the explorers had many stories of riches beyond anyone’s imaginations. He claimed that it was just laying out there ready for the taking. So, the cities of Cibola came into the picture around the year 1536. Francisco got a new interest when one of the missionaries by the name Marcos de Niza corroborated these stories in the year 1539. So, in the year 1540, the Viceroy appointed Francisco Vázquez de Coronado to lead an expedition party to investigate the rumors.

So, Francisco got to the assembling of his troops for the expedition. Therefore, he got 1000 Native Americans and 300 soldiers to help with the journey. On the way to the Cibola cities, they met with some Zuni natives. Therefore, they clashed and a fight broke out in the current state of New Mexico. However, they were victorious in the clash, and they captured the Zuni village.

Moreover, there was a problem with finding the golden city which had been in many of the other explorer tongues. So, Francisco Vázquez de Coronado made the judgment call to split his forces into different groups. He led one group while the other one he placed under the careful leadership of Pedro de Tovar. Pedro and his men went as far as the Colorado Plateau. On the other hand, Francisco and his remaining men went as far as the Grand Canyon.

After failing to find any golden cities, Francisco and his men went to settle down at the village of Tiguex. This was one of the native communities made up of the Pueblo Natives. However, their stay did not last long. This was because there was a dispute over the available resources. Francisco and his men were forced to move away during the spring to Pecos River. So, their search was continuing through the current Texas, Kansas, and Oklahoma. Soon later, they gave up their pursuit of the golden cities. So, they made their way back home to New Spain.

Francisco Vázquez de Coronado was so disappointed by the failure of his mission that he went back to New Spain in shame. However, he continued to serve as the new governor of the Nueva Galicia faithfully. Despite that, Vázquez de Coronado was hoisted from his post as the governor of Nueva Galicia some two years later. This was when the people were investigating the events into his failed expedition.

In their capacity, they threw several dubious charges at him such as neglect of duty. However, Vázquez de Coronado managed to come out of the court unscathed by the questionable expenses. After the melodrama, Vázquez de Coronado went ahead to spend the remainder of his life in Mexico City. Also, he got an opportunity to serve as a council member.

The conquistador met his death in the year 1554, on the 22nd of September. He may not have been able to attain his goal of conquering the golden cities, but he gained so much on the expedition. Vázquez de Coronado was the first European to explore the America West and see its amazing wonders.