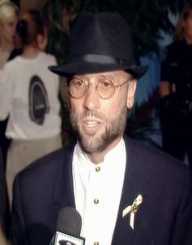 As a child, Maurice Gibb attended the Osward Road Primary School. It was here that he began singing and playing music for fun with his brothers.

Maurice Gibb and two of his brothers, Barry and Robin, started to form a band when they were just teenagers. Although they were born in England, by the time they were teenagers, the Gibb family was living in Australia, so it was there that they got their start in music. They often sand their music on the radio with Bill Goode and Bill Gates (who were not a member of their band). The group first called themselves the BGs before later changing it to the Bee Gees. Once they had accumulated enough notoriety in Australia, the band moved to England to try to widen their fan-base.

Although the Bee Gees had formed in the 1950’s, it wasn’t until 1965 that they produced their first album: The Bee Gees Sing and Play 14 Barry Gibb Songs. In 1966, Colin Petersen (drums) and Vince Melouney (guitar) joined the band. Together, they released several albums, including Spicks and Specks, Bee Gees’ 1st, Horizontal, and Idea. However, Melouney left the band in 1968. The band released one more album, Odessa, before Petersen also left the band.

In 1971, Geoff Bridgeford (drums) joined the band. Before Bridgeford, the band produced two albums: Cucumber Castle and 2 Years On. With Bridgeford, they produced  Trafalgar and To Whom it May Concern. After which, Bridgeford left the band. No new members have added afterward. Some of the band’s other albums from the 1970’s include, Life in a Tin Can, Mr. Natural, Main Course, Children of the World, and Spirits Having Flown.

The Bee Gees were much less productive during the 1980’s, in which they only produced three albums: Living Eyes, E.S.P, and One.

The 1990’s were also less-than-productive, as the band only released three albums: High Civilisation, Size Isn’t Everything, and Still Waters.

In 2001, the band released their last studio album; This is Where I Came In. After Maurice Gibb’s death in 2003, the band disbanded, only to reform for a short time between 2009 - 2012. However, during this time, the band did not produce any new albums.

Over the course of his long musical career, Maurice Gibb and the Bee Gees have won over a dozen awards. Some of his/the band’s most impressive awards are listed below.

Grammy Award for Album of the Year (1979) (Saturday Night Fever)
American Music Award for Favorite Pop/Rock Band/Duo/Group (1980)
Brit Award for Outstanding Contribution (“Stayin’ Alive”/”How Deep Is Your Love”)
Maurice Gibb has been inducted into both the Rock and Roll Hall of Fame and the Songwriters Hall of Fame.

Maurice Gibb was first married to Lulu Kennedy-Cairns in 1969. However, the couple divorced in 1973. A short time later, he married Yvonne Spencely in 1975. This couple had two children together: Adam and Samantha.