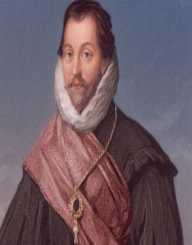 Exploration wasn’t a career but a calling that began a long time ago. I guess Neil Armstrong and Charles Sturt’s biography tells it all. Their works uncovered advanced territories that was unknown. Sturt’s explorative talent began when he came to knew about South Australia and New South Wales. In the process, he went ahead and traced different rivers including Darling River and Castlereagh River. He was referred to as a workaholic to the point of starving himself in search of that green inland. In all, he was glad to arrive at the central part of the continent.

On April 28, 1795, Charles Sturt was born in India, Bengal to an English Military officer, Thomas Napier Sturt. Charles was the eldest son of 13 siblings. At five years old, he moved to England where he furthered his education. After completing his preparatory education, he went to Harrow in the mid of 1810.His impoverished life made him drop out of school where he joined a British Army at 18 years of age. He worked for thirteen years and later served as a military security under New South Wales. It is here that he gained interest as an explorer. His aim was for him to discover the interiors part of Australia. Purpose and focus drove the man; hence he went further to explore the internal sea and rivers.

By 1828 Charles already knew different explorers in the area. The same year he was approved to sail the New South Wales area with his team. In 1829, they went back after discovering the Bogan and Macquarie Rive. In the process, they also came across the Darling River.

He then went to Murray where he and his team arrived at the center of the Darling River. They later proved that Murray and Darling were attached to each other. They also argued that the western rivers flowed to Murray. The team arrived at a sizable lake where Sturt named it as Lake Alexandrina.

Charles Sturt explored night and day to the point of losing his vision due to starvation. He returned to his team where he served as a Commander in Norfolk Island. At the end of 1839, Charles accompanied by his wife went on an expedition where they discovered Mount Bryan. In 1844 Charles tried to reach the central part of Australia, but his health weakened on the way. This forced him to neglect the routes.

Charles Sturt made a remarkable discovery where he named the Murray Rivers. His exploration uncovered other intensive areas in South Australia and New South Wales. He was recognized with Royal Geographical Society’s Gold Medal in 1847. Charles Sturt married Charlotte Greene in 1834.The couple was blessed with three children. He died at 74 years old in 1869 in England.