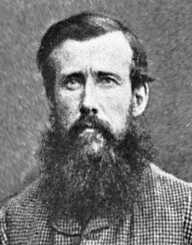 Discoverer Of The Source Of The Nile

John Hanning Speke was an English explore born in 1827. He was the mind behind the discovery of Lake Victoria as the source of River Nile. This made history for him by becoming the first European to reach Lake Victoria located in East Africa. He served in British Indian Army then. He had taken the expedition with Richard Burton. It was unfortunate that he was not with Speke when the discovery was made.  He had fallen ill. Burton was bitter about it hence rejected the discovery.  Despite his rejection, it was still proven that Lake Victoria was indeed the source of Nile River.

John Hanning Speke was not fortunate enough to get the results of the debate that proved his discovery to be correct. He had passed on. The discovery made him quite famous. Many explorers had tried their luck in finding the source of river Nile but failed. His desire to explore Africa though had been cut short when Natives attacked him and left him seriously injured. He is remembered for his Hamitic hypothesis in1863.

Little information is known about John Hanning Speke’s early life. He was born on May 4th, 1827 into an aristocratic family. His place of birth was in Buckland Brewer, Devon, England. His ancestral land was Somerset in England.

John Hanning Speke was inducted into the British army in 1844. During the First Anglo-Sikh War, he was posted to India. He served under Sir Colin Campbell. He did much of his explorations when he was on leave. He explored mountains like Everest and Himalaya. He even once reached Tibet.

It was in 1854 that John Hanning Speke made his expedition to Africa. He had just received his over-seas leave. He wished to pass through the Gulf of Aden to collect some specimens. He was denied the chance because Somaliland was considered unsecure at the time. He joined another explorer Burton and his crew who were also in the quest of exploring Africa. In April 1855 the group was brutally attacked by the natives. Speke managed to escape but with severe injuries.

John Hanning Speke participated in the Crimean War. This took place in 1855 to 1856. He was the captain of a Turkish regiment. He later teamed up again with Burton in search for the source of river Nile. The Royal Geographical Society sponsored them. They began in 1857 at Zanzibar where they explored for six months. In 1858 they were in Lake Tanganyika.  He had to journey alone to discover the source of River Nile when Burton fell sick. He then discovered Lake Victoria a name he gave it in Honor of Queen Victoria. By this time Speke’s discovery was only a theory of which Burton rejected. He went for a second expedition to prove his discovery in 1860. James Augustus Grant accompanied him. They returned to England in 1863 though they had not fully proved Speke’s discovery. Still, they had become quite famous and were received with open arms.

Speke’s attempts to woo Meri while exploring in Africa fell to a dead end. She was an 18 years old girl from Africa. This disappointed him greatly.

John Hanning Speke died on September 15th, 1864 at the age of 37. He died as a result of a self-inflicted gunshot. He was passing his afternoon shooting at Neston Park in Wiltshire. He was buried in his ancestral home in Dowlish Wake in Somerset, England.