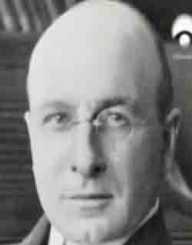 Alexis Carrel was a renowned biologist and surgeon from France. He won the Nobel Prize in Physiology or medicine in 1912 due to his contribution to Vascular suturing techniques. In association with Charles A. Lindbergh, he formulated the perfusion pump which later enabled organ transplantation procedures. Also, Alexis was able to analyze and develop a way to preserve living tissues from the body using some tissue culture fluid. Carrel is recognized for his contribution during the world war whereby he helped come up with `Carrel-Dakin,’ which enabled more natural treatment of wounds for the injured soldiers.

Alexis Carrel always promoted a philosophy called `Eugenics’ that involved some beliefs and courses of actions whose objective was to improve genetic composition in human beings.

Alexis Carrel was born on 28th June 1873 in Sainte-Foy-Les-Lyon, France. He was born of a Roman Catholic family. His parents were Alexis Carrel billiard and Anne Marie Ricard. His father worked as a textile manufacturer. However, Billiard passed away when Alexis was only five years old, leaving him and his siblings under the care of their mother alone. The couple had three children, and Alexis was their first born child.

Carrel Alexis went to school at Jesuit day school near Lyons. While there, he particularly liked biology and always showed a significant interest in the subject. As a schoolboy, Alexis consistently performed many biological experiments by performing dissections on birds. He attained his bachelor of letters in 1889 from University of Lyons.

After graduation on his degree programme, he remained in the university where he pursued studies in medicine and graduated with a degree in medicine in 1900. Next, he worked with Lyon’s hospital during the period between 1893 to 1900. During this time frame, he served in the army for about one year, whereby he was an army surgeon. More so, he worked part-time at the lab of a popular anatomist called J.L Testut.

In 1902, Carrel claimed to have witnessed Marie Bailly performing healing through miraculous acts. As a result, he believed in spiritual cures that later ruined his reputation among his fellow medical practitioners. At the time, he found it hard to secure a job at a hospital in France; hence he decided to move to Montreal Canada in 1903.

The next year, Carrel moved to Illinois, Chicago whereby he got a job at Hull laboratory. There, he worked together with an American physiologist called Charles Claude Guthrie. Together, they researched intensively on vascular sutures and the blood circulatory system.

In 1905, Carrel became part of `department of physiology’ in the University of Chicago whereby he worked with Professor G. N Stewart. The next year, Carrel was inducted into Rockefeller institute of medical research whereby he became an associate member and attained full membership later in 1912. He spent a significant part of his career at this institute and came up with most of his essential research work while he was here.
Carrel worked with renowned pathologist and surgeon from the US, whereby to research `tissue culture.’

Following the murder of the president Sadi Carnot in 1894, Carrel realized various challenges that were faced by surgeons. Mainly, he found out about the difficulties they experienced in repairing the damaged abdominal veins due to the attack and inspired him to look for new ways to suture blood vessels.

With the knowledge Carrel had gained from some sewing lessons, he was able to come up with a method called `triangulation.’  The technique was creative and revolutionary and is still in use. He continued with his research on suturing blood vessels and came up with many methods and procedures that are widely recognized and adopted in vascular surgery. His work enabled rejoining of blood vessels and convenient performing of surgical graft.

Due to such contributions, he won the Nobel Prize in 1912. He then turned his attention to the aspect of aging. Carrel conducted cultured tissue experiment whereby he tried to preserve an embryonic chicken heart using a Pyrex flask and supplying nutrients on a regular basis. He was able to keep the tissue cells alive for more than two decades.

In 1916 during the World War I, he served in the French army medical corps. While there, he requested for a chemist from Rockefeller Institute, hence Henry Drysdale Dakin joined him in Compiegne. Together, they came up with `Carrel-Dakin’ which was a technique for treating wounds that involved Dakin’s solution. For his contribution to the invention, he attained the `Legion d’honneur’ award. Carrel became part of various academic societies across Europe, US, and Russia. He was selected as an honorary member of `Academy of Sciences of the USSR in 1924 and later on in 1927.

Also, he wrote a book entitled `L’Homme set inconnu.’  The book was published in 1935 and enjoyed considerable success.

Around this time, Carrel associated with the famous inventor and aviator from the US called Charles A Lindbergh. Together, they came up with a device called the Perfusion pump. With the help of the device, living organs could be kept alive outside the body during surgery. As a result of this invention, organ transplant and other technical operations like open heart surgeries were made possible. His book entitled `The culture of organs’ was published in June 1938.

In 1941, Carrel promoted the formation of an organization whose objective was to research human problems. Hence, this led to the formulation of the `French foundation for the study of human problems.’ Carrel was appointed as the reagent of the organization. During his career, he received honorary doctorates from many universities.

- Carrel was the recipient of the Nobel Prize in Physiology or Medicine in 1912.

Carrel  Alexis married Anne-Marie-Laure Gourlez de La Motte in 1913. They had no children together. However, Anne had a son from her previous marriage. During his service at the World War I, she assisted him in his work, whereby she worked as a surgical nurse.

In 1939, Alexis Carrel met with a monk called Alexis Presse, and the later proved to be of significant influence to him.