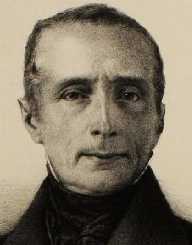 Alphonse de Lamartine was born on October 21, 1790, in Macon, Burgundy. He came from a family of French provincial nobility and spent his childhood at the family estate. Lamartine was tutored at home by his mother, but continued his education in Lyons in 1805, but was later shifted to a religious institution Peres de la Foi in Belley, where he continued to study for the next four years. He was raised as a devoted Catholic but later became pantheist while writing Jocelyn and La Chute d’un ange.

Alphonse de Lamartine entered the field of poetry after writing his masterpiece Les Meditations Poetiques in 1820. The work made him immediately famous. In 1825, he was made the Chevalier of the Legion of Honor. After this, Lamartine worked for the French embassy in Italy, until 1829. He then was elected as a member of the Academie Francaise. In 1835, Lamartine published Voyage en Orient- a bold account of his journey in royal luxury to the Orient countries. During the trip, he lost his only daughter and decided to confine himself to prose.

In 1948, Alphonse de Lamartine was briefly in charge of the government. He later became the Minister of Foreign Affairs, serving from February to May 1848. The Chairman of the Provisional Government, Jacques-Charles Dupont de l’Eure was at the time very old and delegated many of his duties to Lamartine.

Alphonse de Lamartine also had an instrumental role in the founding of the Second Republic of France. He met with the Republican Deputies and journalists and agreed on the makeup of its provisional government. He was chosen to declare the Republic from the balcony of the Hotel de Ville and ensured the continuation of the Tricolore as the flag of the nation. During his term in the Second Republic, Lamartine’s efforts culminated in the abolition of slavery and the death penalty. He supported democracy and pacifism, but his moderate stance on most issues caused many of his followers to desert him. He was a candidate in the presidential election in 1848 but was not successful. After his failure, Lamartine retired from politics and dedicated himself to literature.

After retiring from politics, Alphonse de Lamartine began publishing volumes on various subjects, like history, criticism, literary conversations. To support himself, Lamartine published monthly installments of the CoursFamilier de Litterature. He is considered to be the first French romantic poet.

Besides his work in prose, Alphonse de Lamartine was also an Orientalist and was particularly interested in Lebanon and the Middle East. During his trip to Lebanon in 1832, he met the prince Bashir Shihab II and prince Simon Karam, who were both enthusiasts of poetry. To commemorate his visit, a valley was named in his honor in Lebanon.

In 1820, Alphonse de Lamartine married Maria Ann Birch. They had a daughter Julia. She died in Hebruit, during Lamartine’s trip to the orients together with his wife. The death of his daughter made him renounce Catholicism and convert to Pantheism.