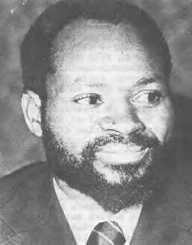 Samora Machel was a revolutionist, a skilled politician and the first president of Mozambique. He was a military commander who led Mozambique to its independence. Moreover, he was a vibrant symbol of the struggle for independence in Mozambique. He died on 19th, October 1986 as a sitting president on a tragic plane crash close to the Mozambique South Africa border.

He was born on September 29th, 1933 in Mozambique. He was from the Shangana ethnic group, and his parents were living in poverty. They were forced to grow cotton rather than food crops. In early 1950, the Portuguese settlers grabbed their ancestral land, consequently, forcing them to work in South African mines to be able to earn a living.

These mines posed a hazard to his brother which led to his death in one isolated mining tragedy. He studied in the Missionary Catholic School where he pursued nursing. Being a nurse was quite a privileged since this was one of the few professional courses pursued by blacks in Mozambique. These missionary schools taught African children Portuguese language and culture.

In his early age, the Marxist anti-colonial ideals caught Machel’s attention. Machel thus initiated his political journey in Lourenco Marques where he was working as an assistant. He protested against the little peanuts paid to African nurses compared to white nurses who did the very same job as them. He further hinted to a reporter that the Portuguese dogs received far much better vaccination and medicine as compared to the poor blacks. Sadly, their wealth was built upon Africans forced labor.

Portuguese warned him to stop leading the protests, but he refused to heed to the ceasefire warning. Consequently, he joined the Front for the Liberation of Mozambique (FRELIMO) in 1962 whose aim was to fight for independence. Machel being a nurse, he had not learned any war tactics. Therefore, in 1963, he traveled to several African countries to acquire military training. Machel came back to Mozambique in 1964 fully equipped to fight for their liberation from the Portuguese. He was at the frontline of the first FRELIMOs guerilla attack in the Northern Mozambique.

Due to his courage and persistence in the forests with other fighters, he was appointed the commander and chief of the FRELIMO army. His persistent attacks soon suppressed the Portuguese, and they couldn’t fight back during the FRELIMO coup in 1974. Left with no choice the Portuguese colonials left Mozambique. Machel led the new revolutionary government and became the first president of an independent Mozambique. Affectionately, he was referred to as President Samora.

Career As A President

Machel instituted his revolutionary ideas which commenced by nationalizing the forcedly acquired Portuguese’s property and lands. He established public schools and health clinics for the average blacks. In addition, he allowed for private ownership of houses. However, he banned building private houses for rent. Mozambique got a new image as black Mozambicans moved to occupy the houses in the center of the cities.

By and large, he supported revolutionists who were against colonialism in Rhodesia and South Africa. Unfortunately, Rhodesia and South Africa attacked Mozambique despite Machel’s support for them. They caused much destruction of property and death to several peasants. Mozambique’s economy was significantly affected leading to starvation. Nevertheless, Machel remained popularity until his demise.

Samora had formed a well-founded alliance with Italy. Italy was determined to eliminate apartheid rule and Portuguese colonialism. Eventually, on March 24th and 25th 1973, Machel participated in the first anti-colonial conference for Mozambique, Guinea Bissau, and Angola independence.

On January 19, 1999, Nelson Mandela and his wife Graça, in the presence of President Joaquim Chissano of Mozambique inaugurated a memorial at the Mbuzini crash site. A memorial service is held on October 19 each year to commemorate Samora Machel. There is a monument that comprises of 35 steel tubes symbolizing the number of lives lost in the air crash. Also, there is a large street in Dar as Salaam, Tanzania, named in honor of him, referred to as Samora Avenue.

Additionally, there is Samora Machel Avenue in the capital of Zimbabwe, Harare named in his honor. Moreover, in Moscow, there is also a street named after him. Notably, the legendary Zimbabwean band R.U.N.N. family had a hit song that mourned his death.

In the late 1950s, Samora had a relationship with a local girl Sorita Tchaiakomo who was a nurse where he worked. They bore four children namely, Joscelina, Idelson, and Olivia. At Miguel Bombarda hospital, he began another relationship with a nurse by the name Irene Buque. He sired one child with her that is N- tewane. He neither legally married Sorita nor Irene. He was quoted saying that he abhorred their bad behavior.

While in Tanzania, he married Josina Abiatar Muthembaa in May 1969. They had one child Samora, AKA Samiti. While working as the head of Social Affairs, she became increasingly unwell and went to the Soviet Union. Unfortunately, she was diagnosed and was found to have an undefined chronic illness. Various sources speculate she succumbed to Leukemia or Pancreatic cancer. She died on 7th, April 1971.

Machel married Graca Simbine as his second legal wife in 1975 months after independence. They bore two children Josina and Malengane. His other five children joined him in the statehouse. After Machel died in the fatal plane crash, Graca Machel was married by Nelson Mandela who was then the president of South Africa. She is the only woman to have been the first lady of two countries. Machel was a revolutionary leader who was not only dedicated to fighting the Portuguese out of Mozambique but also consequently changing the society.

On October 19, 1986, as president Samora was returning home from Zambia, his plane crashed into a hillside at Busoni on the border of South Africa and Mozambique. The trip was intended to persuade Mobutu Sese Seko of Zaire, to support the Angolan opposition movement UNITA. UNITA movement was suspected of being South Africa moles.

The investigations of the exact cause of the crash never came to a satisfactory conclusion. South Africa investigators concluded it was a pilot error accident which the International Civil Aviation Organization acknowledged. However, the report was not warmly received back in Mozambique and the Soviet government. They confidently claimed that it was a conspiracy by South Africa to kill Machel for malicious reasons.

Due to his significant contribution in bringing independence into his country, when he died, he plunged the South African nation into immense mourning. To date, the exact cause of the crash is still a mystery. Although some people suspect the cause of his death to be inclement weather, others have several varying allegations. More than two decades after the plane crash, no official report of the cause of death has been documented.