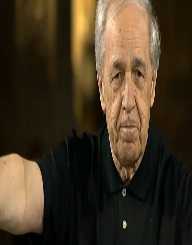 Edgard Victor Achille Charles Varese was born on December 22nd, in 1883. He was a French-born celebrity that spent the better part of his career in the United States. He earned his fame for being a talented composer. Varese was mostly credited for his numerous experiments with electronic musical instruments. For that reason, he was given the nickname “The Father of Electronic Music.” Other than focusing on his music compositions, he is also best remembered for the support he gave to other musicians in promoting their music.

Edgard Varese was born on December 22nd, 1883 in Paris. He was the son of Blanche-Marie Cortot and Henri Varese. His parents faced particular difficulties and as a result sent young Varese to be raised by his relatives in Burgundy, France. It is from here that he developed a strong bond with his grandfather called Claude Cortot.

During the late 1880s, Varese’s parents took him back and moved to Turin, Italy. This acted as a favorable location for Varese to begin his early music lessons. After a short period, he composed an opera. Unfortunately, his father did not approve of his musical aspirations. To deter him from his interest, he sent him to the Polytechnic University of Turin where he was to focus on engineering.

Edgard Varese showed no interest in studying engineering. As a result, he dedicated his time studying music. In 1907, he relocated to Berlin. Here, he made the acquaintance of Ferruccio Busoni and Richard Strauss who were greatly influential in his early music career. Other individuals who supported him were the likes of Hugo von Hofmannsthal and Roman Rolland.

At the beginning of 1911, his symphonic poem titled Bourgogne was performed in Berlin. Regrettably, this performance was met with an uproar. Other compositions that he made during this time were destroyed in a fire.

During the World War, I period, Edgard Varese was invalided from the French Army after a short period of offering his services. After that, he migrated to the United States in 1915. Three years later, he conducted Grande Messe des morts, work done by Berlioz. He also spent some time paying visits to American music contributors. This was a move that would enable him spread his vision on electronic art music. Fortunately, he crossed paths with other individuals who were exploring electronic music. One of them was Léon Theremin.

Around this period, Varese had instigated the process of working on his debut composition while residing in the U.S. This composition was called Amériques, and it was completed in 1921. Upon completing the Amériques, it was later performed in 1926. Other compositions soon followed such as the Offrandes, Octandre, Intégrales, and Hyperprism. In 1927, Varese earned his American citizenship.

The following year, Edgard Varese left for Paris. He wanted to change the Amériques to include ondes Martenot which had recently been composed. While still in Paris in the 1930s, he composed one of his most famous compositions called Ionisation. This was a unique piece as it was non-electronic. It also depicted his efforts to explore new music sounds.

In 1907, Edgard Varese wedded Suzanne Bing who was a professional actress. The two welcomed a daughter in their relationship. They, however, broke off their relationship in 1913. Varese met and fell in love with Louise McCutcheon while living in the United States. They got married after a few years.