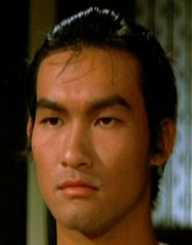 Bryan Leung started off as a martial arts film actor, who later became a director in Hong Kong.

Bryan Leung was born Ka-Yan Leung on 20th January 1949, in Jieshi Town in Lufeng, of the Shanwei Municipality in Guangdong China. During 1954, the family smuggled into Hong Kong, which was then under British rule.

Inspired by Bruce Lee’s Kung Fu moves, Bryan went to learn martial arts under Ka- Leung Low, who taught him martial arts enough to look good in movies. It is unknown if Bryan Leung attended schooling due to his status as an illegal migrant.

In 1969, Bryan Leung started his acting career in Mie Men Zhi Huo, 5 Shaolin Masters in 1974 followed that. Despite not learning martial arts from a young age, Bryan’s performance was noted, and more Kung Fu movies came his way. He had a nickname Beardy as he is seen without a beard in films and television.

Bryan Leung big break came in 1978, acting alongside another big martial artist Sammo Hung in entering the Fat Dragon and Warriors Two. During that year alone, Bryan had roles in seven Kung Fu movies and seven more in 1979. Bryan Leung was a famous actor for martial art comedies, which were the favorite genre during those years. In 1982, Bryan Leung ventured into television acting, gaining fame with his first title Tin Lung Bat Bou (Eight parts of Sky Dragon), playing the part of Kiu Feng. This was followed by Legend of the Condor Heroes, where he played the role of Kwok Jing. Bryan continued to act in big films, starring in the Dreadnaught in 1981, and Legend of Shaolin in 1982.

After success in acting, Bryan Leung learned how to direct a movie by becoming an assistant in some of the movies he appeared in.  The first film he directed was Profile in Anger, released in 1984, but it failed to take. Bryan Leung continued to act in television and movies and appeared in high- profile films like the Last Hero in China, Huo Yuan Jia, and many more television shows. In 1992, Bryan Leung started his own production company, aiming to promote Hong Kong films and television to overseas such as China, Taiwan, and Singapore.

In 2009, Bryan released Blood Relations. The movie was produced alongside his youngest son Ho- Yee Leung. Bryan’s latest project was Ip Man 3, starring alongside Donnie Yen. To date, Bryan Leung has roughly two hundred movie credits and a hundred television series titles under his belt. In 2016, he produced Zombie met Mermaid and played the village elder in the movie. Bryan is also an action choreographer for some of the films during the 90s.

Bryan Leung married his Taiwanese girlfriend in 1979, whom he said stood by him at his lowest. The couple has two sons.

Bryan Leung was awarded Lifetime Achievement Award from the 2015 movie awards in Hainan. He was a director for Scroll of Wing Chun White Crane; it won the best movie in the Hainan movie awards.