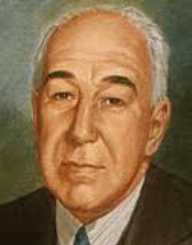 Edwin Cohn was an American chemist who made significant contributions to the field of medicine.

Edwin Joseph Cohn was born in New York City on December 17, 1892. His father, Abraham Cohn, was a wealthy tobacco merchant. His mother’s name was Maimie Einstein Cohn. He had three older siblings, including a brother named Alfred.

In 1911, Edwin Cohn graduated from the Phillips Academy in Andover. He then enrolled at Amherst College, as a student of art and literature. After two years of study, he decided to switch to science. He started studying chemistry at the University of Chicago. He earned his bachelor’s degree in 1914 and received his doctorate in 1917. He made proteins the primary focus of his research.

After receiving his doctorate, Edwin Cohn moved to New Haven, Connecticut. There, he worked with Thomas B. Osborne at the Agricultural Experimental Station. He also briefly lived in Copenhagen, Denmark. There, he worked with S. P. L. Sorensen at the Carlsberg Laboratory. He joined the new department of physical chemistry at Harvard Medical School in 1920.

There, he continued his research on the properties and solubilities of proteins. In 1928, he managed to increase the raw liver factor. Thus, he improved the treatment for pernicious anemia, a disease that had previously been considered incurable. In 1930, he began to focus his research on peptides and amino acids. In 1936, he became the head of Harvard’s physical chemistry department. He co-wrote the book Proteins, Amino Acids, and Peptides with chemist John Edsall.

During World War II, Edwin Cohn worked on blood fractionation, the separation of blood into its components. He headed a large team of scientists with the support of the U. S. Office of Scientific Research and Development. His work helped the treatment of shock, saving the lives of thousands of soldiers. He later used his findings to fight against measles and hepatitis and to improve the process of blood donation. He retired from his job at Harvard in 1949.

Edwin Cohn received the Lasker Group Award, the Passano Award, the Alvarenga Prize, the Theodore William Richards Medal, and the U. S. Medal of Merit.

In 1920, Edwin Cohn married Marianne Bretthauer, the daughter of a prominent doctor. They had two sons, named Alfred and Edwin Jr. Marianne passed away in 1948. Soon after that, he married a woman named Rebekah Higginson.

Edwin Cohn had high blood pressure and pheochromocytoma. He died of a stroke on October 1, 1953, in Boston, Massachusetts. He was 60 years old.