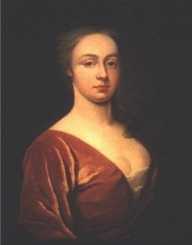 Ann Lee was born on February 29th, 1736. Her place of birth was in Manchester, England. She was famously referred to as Mother Lee. Her fame came about as a result of being the leader of Shakers. This group was also identified as United Society of Believers in Christ's Second Appearing. Part of the main reason she was called “Mother Lee” was that she later revealed of her vision depicting Christ’s second coming to earth. This also contributed to the main reason why she was chosen to lead the sect.

Ann Lee was born in 1736 in Manchester, England. When she was six years old, Lee went on to be baptized at the Manchester Cathedral formerly known as “Manchester Collegiate Church.” Her father, John Lees worked as a blacksmith by day and tailor by night. Lee’s mother was a religious woman who also contributed to the religious path that Lee would take in future. Because she was born in a low-income family, Lee also had to work while she was young. Some of the jobs that she did during her youth period were working in a cotton factory and as a cook.
With time Lee was a member of the Wardley's. This was an English group founded by Jane and James Wardley. This was the first group that came before the Shakers. According to Lee’s beliefs, she made other members of the group gain awareness of the fact that achieving perfect holiness was possible if at all they gave up sexual relations.

While in England, Lee became famous with time. This was as a result of the religious battles that she portrayed while in public. Her preaching mainly revolved around the second coming of Christ. She also encouraged believers to fight sin courageously without employing unconventional means. Her popularity was also boosted by the fact that she spoke publicly about the visions she claimed were from God. From her teachings, she argued that repentance was the only way to obtain salvation. Those that did not believe her claimed that she was blasphemous and this led to her frequent visits to prison.

Her religious beliefs affected her desires to get married to any man. However, this changed as her father coerced her into marrying Abraham Stanley. Together, they had four children all of whom died in infancy. The traumatizing experiences of her children’s death also had a profound effect on Lee’s perception towards sexual relations.