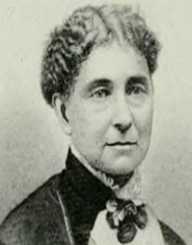 Amelia Bloomer was an activist for women's rights and temperance in the 19th century. She also influenced dress reform.

Just like the other children in her area, Amelia Bloomer received her education at a local public school. However, it was limited, especially for young girls.

Amelia Bloomer started as a teacher but later went on to work as a governess who lived with the family and taught the children. During this time she met her future husband, Dexter Bloomer, an editor, and co-owner of the Seneca Falls County Courier. He was also studying law while remaining active in local politics.

After she married, the couple moved to Seneca Falls. There she was more involved with her community through some organizations for her status as a wife of a professional as well as within her church.

Her husband was very encouraging with her commitment to the temperance movement against the consumption of alcohol, especially public intoxication. He even allowed her to write articles about the subject and other social issues in his paper.

Bloomer started her newspaper after attending the First Women's Rights Convention in Seneca Falls in 1848. The Lily allowed other women like herself to express their opinions even more to a public audience. One local women's rights activist was Elizabeth Cady Stanton.

Amelia Bloomer also encouraged dress reform. At that point, most women wore heavy skirts, petticoats, and corsets. Though looser clothing and pants under skirts were not new in fashion, she was able to make it more accessible to a wider audience of women.

Amelia Bloomer and her husband moved to Ohio in 1853.  While in Ohio, Bloomer helped women earn the right to vote. They eventually earned that right in 1873. The couple later moved to Council Bluffs, Iowa in 1855. This was the same year that she ceased publication of The Lily. Even though she did not have her newspaper anymore, she continued to advocate for women's rights and the temperance movement.

Amelia Bloomer made an impact on women's rights by giving them a voice regarding social reforms that affected them including dress reform. To this day, the outfit known as “bloomers” carries her name. Her name is also attached to the Amelia Bloomer Project as a reading list of books for young readers that demonstrate literary excellence and feminist content.

Amelia Bloomer married Dexter Bloomer in 1840. The couple had no children of their own, but they did house orphans.

Amelia Bloomer was very active in her community. She was a fundraiser for church improvements and sewed clothing for those in need. She also made it important to remove intemperance from the community.