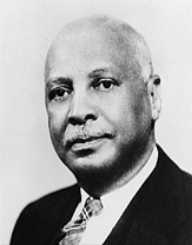 W. C. Handy is known by many as the father of blues music. Despite his skin color, he became one of the most influential music writers in the US in an early 20th century

William Christopher Handy was born in Florence, Alabama on 16th November 1873. His father, Barnard Handy was a pastor his mother Elizabeth Brewer was a housewife.

His father's job influenced his life. Despite his age, Handy was a religious young boy. His love for music was not however deterred by religion.

Unlike Handy's father, his maternal grandmother was supportive about the young Handy pursuing music. His father was opposed to the idea of his son making circular music.

At one point of his young age, W. C. Handy bought a guitar without his father's approval. His father believed instruments were tools of the devil. He ordered him to return the guitar to where it came from.

As a teenager, W. C. Handy joined a local band without the consent of his parents. The band, however, broke up after making a few appearances in the music scene.

Handy later enrolled at Teachers Agricultural and Mechanical College in Huntsville where he graduated with a degree certificate in 1892.

His first job was at a school as a teacher. Despite being a teacher, his dream of making music never died. During his free time, he would write music lyrics.

W. C. Handy came up with a band in 1892 with an intention to perform in Chicago World's Fair. The fair was later postponed forcing the band to split.

After making many appearances playing the cornet, W. C. Handy eventually found his way to Kentucky. He got a job as a musician in Henderson city. It was during one of his performances in 1898 when he met Elizabeth Virginia Price who later became his wife.

W. C. Handy's breakthrough came in 1896 when he joined W. A. Mahara's Minstrels.  Together with the group, he traveled across the world.

He later settled in Memphis, Tennessee. Handy would frequently perform in street clubs. It was in 1909 when he wrote Mr. Crump, a song that was to become a huge campaign song for mayoral candidate Edward H. Crump.

Considered as the first ever blues song, Memphis Blues became a hit. Despite earning huge financially, Handy reaped very little from the song falling prey to the exploitative promoters.

Having learned from Memphis Blues, W. C. Handy worked on a plan that enabled him to retain the full ownership of his songs.

In 1914, he wrote another hit song St. Louis Blues. The song became a hit and was recorded multiple times in the coming years. It outlined the challenges he had gone through over the years.

Some of Handy's other music hits included, Yellow Dog Blues in 1914 and Beale Street Blues in 1916. Being a songwriter, he is credited some songs that were done by other musicians.

To escape racial hostility, W. C. Handy moved to New York in 1918. His first in New York came in 1928 at Carnegie Hall. Throughout the 1930s, he published Composers of the United States and Negro Authors. It was in 1938 when he released the biography named Father of the Blues.

His eyesight problem finally caught up with him in 1941.W. C. Handy lost his eyesight. It was as a result of an accident that affected his skull.

The father of the blues later died of pneumonia on 28th March 1958, aged 84. W. C. Handy's funeral was attended by thousands of people who came to pay tribute to a man who had touched their hearts with his music.

His songs have continually been redone. Hence his legacy lives forever.