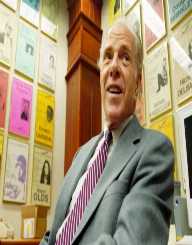 William Kennedy was born on January 16th, in 1928. He is a celebrated American writer who bagged home the Pulitzer Prize of 1984 after publishing the novel called Ironweed. His other works include Legs, Roscoe, Billy Phelan’s Greatest Game and The Ink Truck.

William Joseph Kennedy was born on January 16th, in 1928. His place of birth was in Albany, New York. He was the son of Mary E. McDonald and William J. Kennedy. Growing up, his parents raised him in North Albany region.

William Kennedy joined Public School 20 and later went to Christian Brothers Academy. After that, he enrolled at Siena College situated in Loudonville, New York. He graduated from college in 1949.

Before venturing in journalism, William Kennedy had a brief stint in the army. Sooner or later, in 1956, he migrated to Puerto Rico. Here, he earned himself a job with the San Juan Star newspaper. He was the editor of the paper. It is while residing in San Juan that he crossed paths with Hunter S. Thompson, a celebrated author, and a journalist. The two would later become great friends.

In 1984, William Kennedy was bestowed with the Pulitzer Prize for his novel called Ironweed. After that, the Tulsa Library Trust awarded him with the Peggy V. Helmerich Distinguished Author Award in 2001. Again, he was awarded in 2007 with the Fitzgerald Award.

William Kennedy tied the knot to Daisy Sosa. The two met when Kennedy resided in Puerto Rico. Together, they were blessed with three kids.