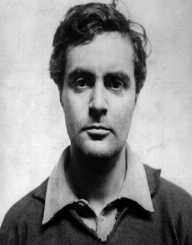 Amedeo Clemente Modigliani was born in 1884 in Livorno. His family was Jewish and lived in Italy. Amedeo Modigliani’s great-great-grandfather moved to Livorno as a refugee at the beginning of the 18th century.

Modigliani’s mother was from an intellectual family in France. She was related to the philosopher Spinosa, who changed the face of philosophy in the 17th century. Modigliani’s father was an Italian-Jewish entrepreneur. Their engagement was set-up for them by their families.

Amedeo Modigliani was born as the fourth child. He was born at the time when his father’s business collapsed. It is speculated that the birth of Amedeo saved the family from a disastrous financial crisis. This was because creditors were not allowed to touch pregnant women or women with very young children.

Amedeo Modigliani was close to his mother because she spent a lot of time at home. He was sick often and survived many severe diseases. During his childhood, Amedeo Modigliani had pleurisy, typhoid fever, tuberculosis and very many other diseases. This was partially the reason for his mother to take him to southern Italy. They traveled together to Naples, Florence, Venice, and Rome. This traveling helped Amedeo Modigliani develop a sense of art and stimulated his transition from a young boy into an artist.

Amedeo Modigliani attended Micheli’s school for two years, from 1898-1900. There his work gained the influence of 19th-century Italian artworks. During these years Modigliani studied side-by-side with Lloyd, Martinelli, Romiti, Ghiglia and many more artists who later on created the face of Italian art. Modigliani studied under the supervision of Micheli until he fell ill. He developed tuberculosis.

Micheli inspired his students to paint outside, in the real world. Modigliani, on the other hand, did not follow this trend and preferred to paint indoors. Micheli taught Modigliani painting landscapes, portraits, still life and nudity. As for a young man, it would be, painting nudity was a talent of Modigliani.

In 1902, Modigliani started studying in Scuola Libera di Nudo in Florence, where he expanded his talent for painting nudity. While still struggling with tuberculosis, in 1903 Modigliani began studies in Regia Accademia Istituto di Belle Arti in Venice. This time in Venice was not only valuable for Modigliani because of studies, but also because of other experiences. He experimented with smoking hashish in Venice and explored other free time activities, rather than studying. This influenced his paintings too and revealed Modigliani’s appreciation of radical thinking and philosophies.

His literary preferences very much influenced Modigliani's work. He read a lot of works of Nietzsche, Carducci, Lautréamont, and others. Amedeo Modigliani admired literature that portrayed defense and aggressiveness towards the existing system.

Amedeo Modigliani moved to Paris in 1906. In he rented himself a studio in Montmartre, sketched nudes and kept good contact with his mother. He was known as a little social in the first months of being in Paris. This lasted for about a year when he changed. He became a “prince of vagabonds,” developed alcohol and drug addiction, and this also reflected on his studio and artwork progress. He rejected his previous self, by destroying his earlier works, as they were meaningless for him. It is said that his drug and alcohol addiction was his way to mask tuberculosis.

Amedeo did not want to be pitied because of it because, at that time, tuberculosis was a lethal disease. Some speculate that Modigliani drank so extensively to lower the pain. Modigliani drank and used drugs even more, and his tuberculosis progressed. His behavior and habits made him stand out even from the bohemian surroundings – he drank absinthe, used hashish, had many affairs. More than once while drunk he appeared naked in public.

In the 1920s it was widely recognized that drinking and drugs were the reason for his art style. Amedeo was not appreciated when sober but was seen as talent, only when drunk. Initially, when in Paris, Modigliani created up to hundred paintings per day, many of those are of course lost, considering his lifestyle.

Amedeo Modigliani met the love of his life in 1910. At that time he was 26 years old. Her name was Anna Akhmatova; she was a Russian poet who had a studio in the same building as Modigliani. She was married at the time, but they started an affair nevertheless. Unfortunately, this relationship lasted only for one year; later Anna decided to stay with her husband.

Amedeo Modigliani has also done some sculptures. Now only 27 sculptures are known because he gave that up to paint. This choice was made because of the difficulty of finding sculpture materials in time of the war. One of Modigliani’s sculptures “Tête” was sold in 2010 as the third most expensive sculpture in the history of time.

Amedeo Modigliani was rejected from joining the army because of his health issues. During the war, he met Beatrice Hastings. Beatrice stayed with Modigliani for two years and was also portrayed in several paintings. The best known is “Madame Pompadour.” In 1914 Modigliani met Nina Hamnett, a British painter. They became close friends.

In 1916 Modigliani met Léopold Zborowski, a Polish poet, and his wife. Zborovski took over dealing Modigliani’s artwork. He organized several shows and exhibitions where also Modigliani’s paintings were displayed.

In 1917, he met a young girl Jeanne Hébuterne. She was a 19 years old art student, and they developed a relationship. Jeanne also like Beatrice inspired Modigliani’s work. They had a daughter Jeanne (1918-1984). When they were expecting a second child, Modigliani proposed even though there were great objections from her family. The wedding, unfortunately, did not happen, as Modigliani discovered his tuberculosis had reached an advanced stage.

In 1920, Amedeo Modigliani died from tubercular meningitis. His funeral was a big event; many from the art community attended it. His wife was eight months pregnant at the time. After the funeral, she returned to her parent’s home and committed suicide at the age of 32. Their unborn child also did not survive.

Even though Amedeo Modigliani’s art is very much admired, it is also controversial. Despite that, some of his works are still being sold in auctions as one of the most expensive artworks in the world.