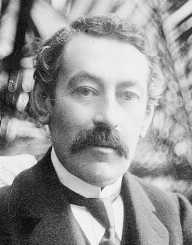 Aristide Briand was born on March 28th, in 1862. He earned his fame for being a French statesman. In addition to this, he went ahead and served as the French Prime Minister for up to eleven terms. He was also a Nobel Prize winner in 1926.

Aristide Briand was born on March 28th, 1862 in Nantes. His parents were Madeleine Boucheau and Pierre Guillaume Briand. Both of his parents were successful innkeepers. For his early education, Briand enrolled with Nantes Lycée. It is from here that he met and became friends with Jules Verne. After studying law, he developed an interest in politics. It is also around this time that he wrote articles to be published by Le Peuple journal.

Earlier on, when Aristide Briand was still studying law, he joined the French Socialist Party. From here, he later joined the labor union becoming one of its strong members. Moments later, in 1889, he decided to try his luck by running for the Chamber of Deputies seat. Unfortunately, he lost during his first attempt. In 1893, Briand ran for the seat for the second time and lost again.

In spite of the unsuccessful attempts in earning a seat in the socialist party, Briand gained more and more power within the party. In 1894, his efforts in trying to convince trade unionists to embrace the idea of using strikes in pushing for workers’ claims was highly appreciated. During this instance, he was contesting against powerful party leaders such as Jules Guesde.

It was after his contribution to the worker's congress that Briand brought attention to his side. From this point onwards, members of the French Socialist Party perceived him as one of its leaders. Subsequently, in 1902, he was appointed to serve as the party’s deputy. Immediately after landing on this post, his first task was to push for separation of the church and the state. Due to his focus and extensive research on the matter, he took charge as the commission’s reporter. He was also appointed to oversee the 1905 French law on separation. His new role in the party gave him a new recognition as the party’s upcoming leaders. What impressed many was that he was able to successfully complete the project assigned to him without pulling apart the members of the party.

For one year beginning 1908, Aristide Briand was the Minister of Justice. During this time, he was serving under Georges Benjamin Clemenceau. Later, in July 1909, he took over as the prime minister. He held this post until 1911. During his term in office, he brought about notable reforms including a passed bill in April 1910 that would protect workers and farmers’ retirement funds. Still, in 1910, he introduced old-age insurance programs for both urban and rural employees.

In 1913, Aristide Briand was again voted in as the prime minister. However, during this period, he only served for a few months. He was in office from January to March 1913. The following year, he was chosen to serve as the Justice Minister after the First World War began. This occurred after René Viviani reshuffled his ministry. This is a position he held until late 1915.

He was again the Prime Minister in October 1915 after Viviani. This was after Viviani failed to conquer Bulgaria. During this war period, Briand was successful in conquering Bulgaria, Turkey, and Austria. Aside from this, he was also credited with empowering the French troops in the First World War. The following year, in 1916, he launched the sixth cabinet. Sadly, war grew intense as he failed in, e.g., the Balkan Expedition. This forced him to resign in March 1917. He resumed office after a few years in 1921.

He tried to come to terms with the British regarding the security pact but failed. Disappointed, he also resigned the following year in 1922.

Little is known about whether Aristide Briand got married or not.