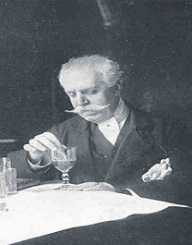 Manuel Gonzalez was born 18th June 1833, to Coronel Fernando Gonzalez Lerma, and Eusebia Flores Capistran. He was born in Tamaulipas, Mexico. He had three siblings, and he was born on a ranch, as his parents were farmers.

Gonzalez’ father was killed by invaders from the United States. This gave Manuel Gonzalez incentive to join the army, and his military career began in 1847, fighting the very invaders that killed his father, in the Mexican-American War. From 1853 onwards, Manuel Gonzalez fought under several different leaders, on both the Conservative side and the Liberal side. He didn’t seem to mind which side he fought on. At one stage, in 1854, he was fighting for the Conservatives again the Liberal general, Porfirio Diaz. At a later stage, he was friends with Diaz, and they worked together politically.

In 1862, Manuel Gonzalez fought in the Battle of Puebla against the French. The Mexicans unexpectedly won the battle. He was taken prisoner in 1863 but escaped, and again in 1865. The second time, Manuel Gonzalez was paroled, and he went straight back and joined the Mexican army again to continue fighting.

In 1867, Manuel Gonzalez was made military commander of the Federal District, and Governor of the National Palace. In 1877, he was promoted to the position of General of Division. He was serving under Diaz, who named him as Governor and Military Commander of Michoacan. He held the post from 1877 to 1879. Manuel Gonzalez was also Secretary of War and the Navy from 1878 to 1879.

In 1880, Manuel Gonzalez could not run for re-election, so named Manuel Gonzalez as the presidential candidate, which, of course, he won. He served as President for one term, from 1880 to 1884, with Diaz remaining a minister in the Manuel Gonzalez government.

The Manuel Gonzalez agenda continued with what Diaz had been doing. The government continued to renew relations with European governments, gave concessions to foreign interests to encourage investment in Mexico, and to promote peace within the country to enhance stability.

Manuel Gonzalez increased spending on the military substantially, which in the end saw Mexico re-take lands to the north that the Apache Indians had been using. Gonzalez was also able to peacefully come to an agreement with Guatemala, meaning that Mexico was able to take control of Chiapas, and Soconusco.

Manuel Gonzalez continued to strengthen ties with Britain, France, and Germany. In 1882, he introduced the metric measuring system to Mexico, which was in place in France.

One important piece of infrastructure was the railway between Mexico City, and El Paso, Texas, put in place under Gonzalez’s administration. This was a catalyst for United States investment into Mexico.

Unfortunately, in 1882, Manuel Gonzalez replaced silver coins with nickel coins. This caused a huge rise in inflation and devalued the currency. Although riots ensued, Manuel Gonzalez was able to placate them by the end of his speech.

He was also able to get the Constitution of 1857 amended in relation to the succession of the presidency.

After his term as President, when Manuel Gonzalez stepped down, Diaz once again took power and remained as President until 1911 when he was put out during the Mexican Revolution.

Manuel Gonzalez was charged with misappropriating public funds after he stepped down as President, but the charges were never pursued. Instead, Manuel Gonzalez went on to be elected Governor of Guanajuato in 1884. He served three terms until he died in 1893.