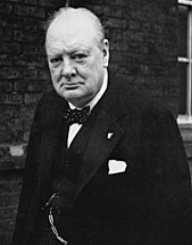 Richard Austen Butler, Baron Butler of Saffron Walden best known as R.A. Butler or Rab Butler, was a British Conservative Politician. Born on December 9, 1902, Rab Butler was a leading member of his party in promoting the Post-war consensus in Britain. Rab Butler first entered Parliament in 1929 and supported the passing of the Government of India Act 1935. Rab Butler was a proponent of the appeasement of Nazi Germany from 1938 to 1939.

In 1941, Rab Butler entered into cabinet serving as the Education minister from that period until 1945, during which he oversaw the Education Act 1944. From 1951 to 1955, Rab Butler served as the Chancellor of the Exchequer and later in as Home Secretary from 1957 to 1962.  Rab Butler was the Deputy Prime Minister from 1962 to 1963 and from 1963 to 1964 as the Foreign Secretary. After his political career, he was appointed Master of Trinity College, Cambridge in 1965.

Rab Butler was born to Sir Montagu Sherard Dawes Butler and Anne Gertrude on December 9, 1902, in AttockSerai, Attock India. When he was six years, Rab Butler broke his right arm in a riding accident, which was further aggravated by burns of hot water, when attempts were made to straighten it. This deformity stayed with him his entire life. Rab Butler started his early education attending several preparatory except Harrow, where most of his family were educated. Rab Butler continued his education at Marlborough College where he left in 1920.

Rab Butler then left for France to spend five months with a Protestant pastor in Abbeville. In October 1921, Rab Butler enrolled at Pembroke College, Cambridge where he initially studied Medieval and Modern Languages. Rab Butler became interested in students politics, and that made him held several positions at Cambridge. Butler won a £80 scholarship for achieving first in French Part I at the end of his second year in June 1923. In the summer of 1923, Rab Butler suffered a nervous breakdown and with that, postponed his study of history to his fourth year.

Rab Butler, however, took up courses in German and spent some time abroad learning German. Rab Butler was put in the care of a doctor by his college in November 1923, and in December his uncle Cyril took him to a specialist in Bristol. Rab Butler was able to recover from the breakdown after that intervention. Rab Butler graduated with a BA in 1924.

After his education, Rab Butler briefly taught French history at Corpus Christi College, Cambridge. On November 26, 1927, Rab Butler was chosen unopposed as the Conservative candidate for the seat of Saffron Walden. Rab Butler was able to win the seat as the Member of Parliament for Saffron Walden in the 1929 general election. Rab Butler would hold that seat until his retirement in 1965. Rab Butler was appointed the Parliamentary Private Secretary (PPS) to the Indian Secretary, Samuel Hoare after the formation of the National Government in 1931. It was during a time that the India Committee, highly supported by Winston Churchill had been formed to prevent plans for greater Indian self-government after the Gandhi-Irvin Pact. During Mahatma Gandhi visit to London for the Second Round Table Conference, Rab Butler was impressed with Butler’s posture.

Rab Butler oversaw the passage of what became the Government of India Act 1935. In 1937, Neville Chamberlain became the Prime Minister, and Rab Butler served in his government as Parliamentary Secretary at the Ministry of Labour until 1938. Rab Butler was appointed Under-Secretary of State for Foreign Affairs in February 1938. In 1939, he was sworn to the Privy Council in the 1939 New Year Honours becoming the youngest person to join afterChurcil in 1907.

Some decisions and personal beliefs of Butler were sometimes held against him during his political career. Nonetheless, Rab Butler still served in many other senior ministerial positions under Prime Minister Winston Churchill. He served at the Foreign Office and in 1941 was appointed as President of the Board of Education. Rab Butler achieved great success in this office with the Education Act of 1944.

After the Conservatives were voted out of power in 1945, Rab Butler served as the chairman of the Conservative Research Department and in 1946 as the Industrial Policy Committee. The party returned to power in 1951, and Rab Butler became the Chancellor of the Exchequer. In 1955, he served under Prime Minister Anthony Eden as a deputy on some occasions as deputy for Eden. Rab Butler was made Lord Privy Seal and the Leader of the House of Commons in December 1955.

In 1957, Rab Butler lost the chance of being appointed the Prime Minister after the resignation of Eden on January 9, 1957. Harold Macmillan was rather appointed to the position. Under Macmillan, Rab Butler served at the Home Office until 1962. He lost the premier position again after the resignation of Macmillan in 1963. After retiring from active politic, Butler was made Master of Trinity College, Cambridge on December 23, 1964. His great uncle Henry Montagu Butler once held that position. Rab Butler officially accepted the post in January 1965.

On April 20, 1926, Rab Butler married Sydney Elizabeth Courtauld, the daughter of Samuel Courtauld and heiress to part of the Courtauld textile fortune. After their marriage, Samuel awarded Butler a lifetime private income of £5,000 a year after tax. The couple had four children, Sir Richard C. Butler KT DL, Adam Courtauld Butler, Samuel Butler and Sarah Teresa Butler. Sydney died of jaw cancer in 1954 and on October 21, 1959, Rab Butler married his second wife, Mollie Courtauld, the widow of Sydney’s cousin Augustine Courtauld. Rab Butler died in March 1982 of colon cancer at Great Yeldham, Essex. He was interred at the St Mary the Virgin in Saffron Walden.

Rab Butler was awarded life peerage as Baron Butler of Saffron Walden in 1965. On April 1971, he was appointed to the Order of the Garter.