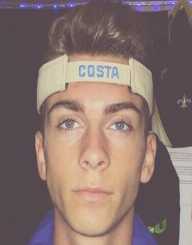 Developing interest in social media from a tender age, Zach Clayton has become one of the most popular artists, especially on YouNow. In the current era, people can easily webcast themselves live and be able to interact and socialize with others. One of the most popular platforms for such webcasting is YouNow. Thorough YouCast, one can give live performances or directly address different geographically positioned crowds at the same time. As a result, many artists and politicians have adopted the use of this platform to gain more popularity.

Zach Clayton is one of such artists, with a large number of followers on the platform. Although Zach initially began with social media platforms like Instagram and Twitter, he later preferred Video based platforms more. Hence, Zach could post funny videos on various social media, i.e., Vine and Facebook, and his popularity began to grow gradually.

Zach Reed Clayton was born on 22nd June 2000, in Round Rock, Texas. His mother is called Apryll Clayton. From the age of 3, Zach loved to play soccer on a regular basis. Zach later played for the School team and also a club called Lonestar soccer club. He wanted to become a professional soccer player but later dropped the ambition since he spent most of his time on social media.

Zach Clayton social media success is attributed to his family. Most of the members loved social media and wanted to become great personalities on the various platforms. In fact, they are all successful members of YouNow and often post exciting content frequently.


Rise To Fame And Social Media

Zach Clayton's breakthrough popularity was high as a result of using YouNow as his primary social media Platform. In the beginning, Clayton used the platform to merely communicate with his friends and socialize with people with whom they had things in common. However, it did not take long for Clayton to realize the beneficial potential of YouNow. As a result, Zach Clayton began using the platform to broadcast all his videos directly.

In 2014, Zach Clayton came up with a personal platform called BruhitsZach. On the channel, Clayton often broadcast videos with a variety of genres and messages, for example; on topics like cooking lessons, jokes, and pranks on fans and friends, challenges by fans and friends and severe life topics on friendship and other relationships. More so, Clayton's family members feature on the channel regularly.

Due to Zach Clayton vast popularity on YouNow, Clayton gained popularity on other social media platforms like Twitter and Instagram. For instance, on Twitter, he currently has about 600k followers. Also, Zach's reputation on YouNow keeps growing by the day, thanks to the exciting and authentic content he uploads on a regular basis. In 2016, Zach's channel had about 1.3 million followers. Currently, Clayton's YouNow channel is among the best three, whereby the ranking is based on broadcasting viewing power.

The sky is the limit for Zach Clayton on YouNow. To boost his popularity further, Clayton collaborated with the likes of Nick bean, Timmy Connors Edwin Burgos, and Rudanc, who are fellow YouNow stars. Together, they came up with a group named 5quad. More so, Zach Clayton began reaching out to other social media platforms, i.e., YouTube. On YouTube, Clayton has collaborated with other famous YouTubers to form the group `Our Journey.’ The team often broadcast video performances of the member artists.

Zach Clayton is known to be very social and maintains good relations with friends, family, and colleagues. Clayton got into a relationship in 2016 with a famous singer, Baby Ariel. However, the relationship only lasted for months, mainly because they were often busy in their schedules and could hardly spend time together. Apart from entertainment, Clayton also uses his platforms in supporting social causes and promotes campaigns against racism and bullying.