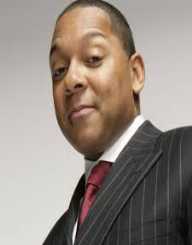 Wynton Marsalis is an American musician and composer. He is known for his work as a jazz director and classic trumpeter.

Wynton Learson Marsalis was born on October 18, 1961, in New Orleans, Louisiana. He is from a family of musicians, including his father, Ellis.  Ellis was a pianist and teacher.

Even his brothers Branford, Delfeayo, Mboya, and Jason all played instruments in the jazz genre. At the age of 8, Wynton Marsalis played in his church band, and at the age of 14, he performed with the New Orleans Philharmonic as well as other jazz bands and classical ensembles.

Wynton Marsalis attended Benjamin Franklin High School. After he graduated, he was accepted at the Tanglewood's Berkshire Music Center in Lenox, Massachusetts. He was the youngest musician to be accepted in this program. Later he attended the Julliard School in 1979.

The first professional band that Marsalis joined was with Art Blakey and the Jazz Messengers. While touring, he released his first self-titled jazz record in 1982. It was a period that he and his music rekindled an interest in jazz music.

That same year he won the Grammy for Best Classical Soloist with an Orchestra for Haydn, Hummel, and Leopold Mozart: Trumpet Concertos.

Wynton Marsalis founded the series Jazz at Lincoln Center in 1987. He is also a notable composer. In 1995 he started composing major works in the classical genre including “At the Octoroon Balls.” His 1997  work titled “Blood on the Fields” earned him the Pulitzer Prize for Music.

Not only is Marsalis a musician, but he is also an educator. He would present lectures and workshops on music while on tour. In 1995, he hosted his first educational television series on PBS titled Marsalis on Music.

Wynton Marsalis was also a regular contributor on the CBS This Morning program. His segment titled “An Essay for Martin Luther King, Jr.” was nominated for an Emmy for Outstanding Feature Story in a Regularly Scheduled Newscast.

He has written books for children and adults including titles such as Jazz ABZ which is a collection of poems about jazz performers and To a Young Musician:  Letters from the Road.

Wynton Marsalis is currently a professor at Cornell University and has been assigned to contribute to the intellectual and cultural lives of the students there between 2014 and 2021.

Wynton Marsalis never married. However, he fathered four children. He had two sons with Candace Stanley, one son with Victoria Rowell,

He is also a human rights advocate, especially for the people of Burma. In 2001, Marsalis was named a United Nations Messenger of Peace. He devotes much time to organizations that enrich the lives of children, educational programs, and culture.

Wynton Marsalis has been the recipient of numerous awards. He was the first musician to win a Grammy Award in both jazz and classical music categories in the same year.

In total, he has won nine Grammys and has been the only artist to win in five consecutive years. He was also the first jazz musician to win the Pulitzer Prize for Music in 1997 for his compositions titled “Blood on the Fields.” Overall Marsalis produced more than 80 records.

In 2005, he received The National Medal of Arts. However, he is recognized on an international level as well. The British Royal Academy of Music presented him with Honorary Membership, and France bestowed him with the Chevalier of the Legion of Honor.