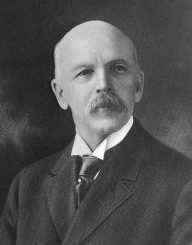 William James Mayo was born on June 29, 1861, in Le Sueur, Minnesota, USA. His father was William Mayo Sr. and his mother was Louise Wright.  He also had a brother, Charles, as well as three other siblings.

William James Mayo, along with his brother Charles, learned the basics of the medical profession from their father, Their father would often take them with him when he visited patients. In a way, they had first-hand knowledge of several medical techniques and procedures before he ever had a formal education on the subject. Aside from going on home visits, the family also kept an impressive library in their home. This library contained nearly everything from medical textbooks to classic works of fiction. William James Mayo got his love of learning from these books. William James Mayo and their siblings also learned about various other sciences, like botany and astronomy, from their mother, who was also highly educated.

Aside from learning at home, the Mayo family also attended local public schools when they were young. When William James Mayo and Charles were older, they began to attend the Rochester Training School. There, they learned less about science and medicine and more about art and Latin. After William James Mayo graduated from his school, he enrolled in the University of Michigan. While at the school, he formed the school’s first medical fraternity. He graduated from the school in 1883.

The new hospital was called St. Mary’s Hospital. There, William James Mayo Sr, and Charles Mayo all worked as physicians. As William James Mayo and Charles learned more about medicine, they became wonderful surgeons. They each specialized in surgery on different body parts, and together they could do most anything. In 1892, the brothers were left in charge of the hospital and the family’s practice, as their father had retired. The brother knew they couldn’t work alone, so they hired a handful of other doctors to help out in both the practice and the hospital.

The doctors at the practice and the hospital worked closely together, and many of the doctors became fast friends. The doctors formed the Mayo Clinic in 1903. Although William James Mayo. had retired from medicine years earlier, he watched over this project and was considered to be the head of the Mayo Clinic. The Mayo Clinic was not its own practice or hospital. Instead, it functioned from inside of the hospital but worked more or less as a separate unit. Around this same time, the family’s practice was closed.

Soon after its creation, the Mayo Clinic became famous. It was staffed with many wonderful doctors, and they charged a fair price. Both of these factors made the clinic extremely popular in the area. Soon, the clinic was taking in more patients than it could handle. The hospital had to build another building just to hold the clinic and all of its patients. The hospital called this building, The Red Building.

After the war, William James Mayo returned to the Mayo Clinic. Before the war, the clinic had been a for-profit organization. After the war, the Mayo brothers and the rest of the doctors at the clinic agreed to make the clinic a nonprofit organization. The clinic then went through many name changes before settling on the Mayo Foundation. With the non-profit standing, the Mayo brother stopped taking a salary for their work, although they allowed the other doctors to still receive a salary. William James Mayo continued to work at the clinic until 1933 when he retired. After that, he continued to work on the Board for the Mayo Foundation until he died in 1939.

Both William James Mayo and Charles Mayo appeared on stamps in the 1960’s.

During life and after this death, the Mayo Foundation continued to grow and become more successful. The clinic is still in operation to this day.

In 1939, William James Mayo was diagnosed with stomach cancer. He had surgery for cancer, but it did not work. He died later that year, on July 28, 1939, from complications with his stomach cancer. He died where he lived for most of his life, in Rochester, USA.