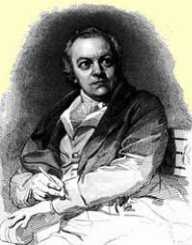 William Blake was a poet, painter, and printmaker from England. He was born on 28th November 1757. He is widely considered to have significantly influenced the later development of poetry and visual arts during the Romantic Age. He was remembered in London and the world over for his well-crafted poems and artistic work.

William Blake pursued his passion and was trained in painting and illustration from the Royal Academy of Arts. He ranked among the BBC's top 100 Britons in 2002 due to his "prophetic works". In many scenarios, Blake has been considered mentally unwell due to his idiosyncratic views. His critics, however, hold him highly due to his creativity and free expression.

Blake was reverent of the Bible but was always against any form of organized religion. His controversial opinion on issues that were affecting the country made it difficult to understand or classify him. His work has, however, received high acceptance in the literary world.

William Blake was born in Soho, London to James and Catherine Blake. He was the third born in a family of seven children. Two of the seven children died in infancy. His father was a hosier. His mother educated him at home and as a result is went to school for a very short time only to learn how to read and write. His family was very religious and strict followers of the Bible. He was baptized at St James Church in London when he was only a month old. The Bible remained his source of inspiration after that

When he was four years, William started having visions and Henry Crabb, a journalist, once wrote that William saw God's head appear in a window. He also claimed to have seen prophet Ezekiel under a tree and a tree adorned with angels. These visions had a profound effect on his writing work.

His parents supported his art passion and bought a lot of drawings to encourage him. When William Blake turned ten years, they had known his passion and decided to enroll him at Pars's Drawing School in the Strand. He read extensively on subjects of his choice where he made early exploration of poetry He later joined Royal Academy of Arts to further his skills and expertise.

William Blake did his first literary work in 1783. He published a book titled "Poetical Sketches" which was own written poem's compilation. In 1784, he opened a workshop and had very controversial political views where he spoke against class division and Slavery in England.

In 1784, William wrote, "An Island in the Moon" which was not completed. He did not complete the writing until his death. After four years, William started applying the process of "relief etching" in the production of his poems which was accompanied by candid illustrations. He illuminated his poems written on copper plains making them clearly visible.

In 1789, William Blake used 19 poetic illustrations in the "Songs of Innocence" portraying children and their innocence. "The Lamb", one of the illustrations became a symbol of innocence having similarities with Jesus Christ.

In 1791, William drew pictorial depictions of the feminist, Mary Wollstonecraft's book "Original Stories from Real Life". The two writers shared views on sexuality and marriage. In 1793, he produced "Daughters of Albion", where he argued that both sexes should be equal in a marriage set-up and also outlined the rights that married women should have at their disposal.

In 1794, William Blake expressed his support for human rights and freedom by writing "Songs of Experience", making the poem "The Tyger" the centre of the 26 verses collection. From 1795 to 1799, William produced a lot of illustrations and poems that gained wild popularity. The poems included "The Night of Enitharmon's Joy", "Newton" and a pictorial representation "Narrative of Five Years". William published numerous poems that revolved around protection of human rights and freedoms. He expressed his passionate hatred of racism and racial slavery.

William later was hired by a poet William Hayley to become his illustrator after which he moved to Felpham and then Sussex. While at Felpham, William Brakes started writing "Milton" and "Jerusalem" in 1804. He adored the "Jerusalem" composition. When writing Jerusalem, he requested help from an art dealer, Robert Cromek, with interest to show Chaucer's characters from the "Canterbury Tales". The deal, however, went sour and was not successful.

In 1809, William Blake showed his expression of the concept titled "The Canterbury Pilgrims". This project was however not successful and had few viewers as well as few sales of the paintings. In 1826, William Blake got an order of making etchings from an Italian poet Dante Alighieri's "Divine Comedy". William gave it his best shot and worked tirelessly towards the project's fruitful completion. He worked on it for one year including the very day he died. He did not complete the project but left exquisite watercolors and engravings.

William Blake is considered one of the most extraordinary writers. Her creative way of expressing his views on matters that affected the society was unmatched. He is remembered for his humorous way of penning his works. The most remarkable of his work include "Songs of Experience" and "Songs of Innocence". The two poems have gained incredible popularity, and some artists have produced songs from them including Jeff Johnson and Joseph Holbrooke.

William Blake met Catherine Boucher while he was swimming in frustration after being rejected by somebody else. They married on August 18, 1782. She learnt writing, reading and engraving and they worked together in poetry. He died on August 12, 1827, at his home in Strand. By the time of his death, he was working with the poet Dante.

Several books about Blake and his work have been published including "Blake: Prophet against Empire" and "Blake's Apocalypse." Several exhibitions have been held in England to honor William Blake and showcase his creations. This has occurred between 2000 and 2015 with the most recent being "The Ashmolean Museum" in Oxford.