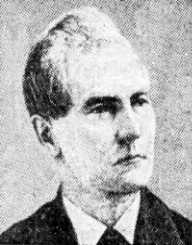 William A. Wheeler showed any class of honesty and diligence in 1873, by voting against a pay rise which was to be retrospective for five years according to the Salary Grab Act. Even though the Act was passed, William A. Wheeler returned all the salary increased to the Treasury Department. Other position held by Wheeler includes the President of the New York Northern Railroad the President of the New York State Constitutional Convention from June 1867 to February 1868. During his acceptance speech for the latter position, he sought to highlight the importance of racial equality.

William A. Wheeler said that, "[W]e owe it to the cause of universal civil liberty, we owe it to the struggling liberalism of the old world,...that every man within New York, of whatever race or color, or however poor, helpless, or lowly he may be, in virtue of his manhood, is entitled to the full employment of every right appertaining to the most exalted citizenship."

William A. Wheeler was a member of the delegates for the 1876 Republican National Convention that nominated Rutherford B. Hayes for President on the seventh ballot. Afterwards, William A. Wheeler became the preferred choice for the vice presidential nomination, because his diligent service in politics had made him no or fewer enemies. However, Roscoe Conkling had another choice being Stewart L. Woodford, a former congressman from New York. The congressman for Vermont, Luke P. Poland nominated William A. Wheeler for the position during the convention to nominate a vice-presidential candidate.

William A. Wheeler lost his wife a year before he took office as the Vice President. He died on June 4, 1887, 26, few days before his 68th birthday in his Malone, New York home. William A. Wheeler was buried next to his wife in Malone's Morningside Cemetery on June 7, 1887, and his funeral held at the Congregational church in Malone.

The Dartmouth College awarded William A. Wheeler an honorary degree of masters of arts in 1865. He also received an honorary LL.D from the University of Vermont in 1867 and from the Union College in 1877.