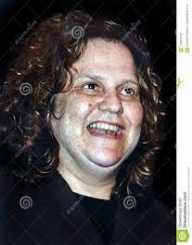 Wendy Wasserstein is one of the most renowned playwrights of her time. She has also won numerous awards for her works like ‘The Sisters Rosensweig’ and ‘An American Daughter.’

Having the knack of the playwright was in her blood only, and she followed the steps of his grandfather; who was also a renowned playwright. Her way of presenting things was unique and mainly revolved around the extraordinary form of wry and comic style. She was even awarded the Tony Award and Pulitzer Prize for her beautiful pieces of works.

Wendy Wasserstein was born on the 18th of October in the year 1950 in Brooklyn, New York City. She was born to Morris Wasserstein, who was a wealthy textile executive and Lola who became the inspiration later on for some of the characters that were used by Wendy for her works.

Wendy Wasserstein attended the Calhoun School and later she graduated from Mount Holyoke College in the year 1971 with a B.A. degree in History. She then pursued her M.A. from City College of New York in the year 1973 in creative writing. She even had an M.F.A. in fine arts from the Yale School of Drama in the year 1976.

Wendy Wasserstein’s first play was ‘Any Woman Can’t’ which reflected upon the major theme of a woman working in an environment which was majorly dominated by men.

Some of her other early productions were ‘Uncommon Women and Others’ which was a play that revolved upon the experiences she has had as a student or as an alumna of the Mount Holyoke College. Her work, ‘Isn’t it Romantic’ also showcased the experience of a woman’s attitude towards marriage and also touched upon the expectations that are being carried towards women.

But, her most significant success was the play by the name of ‘The Heidi Chronicles’ which was not only praised by the viewers but by the critics as well. The same play even earned her many prestigious awards such as the Tony Award, the Susan Blackburn Award and the Pulitzer Prize for drama in the year 1989. For a career which lasted for more than four decades, she wrote more than ten plays.

Besides being a playwright, Wendy Wasserstein even wrote the screenplay for a 1998 film ‘The Object of My Affection’ starring Jennifer Anniston and Paul Rudd. Her characters were said to be having double identities especially the women as the depiction by the author showed that the women though were intelligent and very successful, but they were also riddled with self-doubt thereby often show downing the typical lifestyle of American women which were usually measured by the success capturing the right man.

As a tribute to the female Jewish Comedians, Wendy Wasserstein was even featured in a film by the name of ‘Making Trouble’ which was also produced by the Jewish Women’s Archive in the year 2007.

She even wrote the libretto for the opera Best Friends which was based on the Clare Boothe’s play ‘The Women.’ Wendy Wasserstein was also named the President’s Council of Cornell Women Andrew D. White Professor at large in 2005.

Wendy Wasserstein gave birth to a daughter on 12th September 1999 when she was 48 years old. It is always reported that Wasserstein was never married and has never publicly identified her daughter’s father.