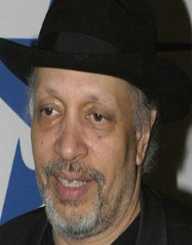 Walter Mosley was born on January 12, 1952, in Los Angeles, California. He is one of America’s best-selling writers and novelists. Most of his fiction works have gained acclaim including ‘Cinnamon Kiss’ and ‘Little Scarlet’ which fall under the category of Easy Rawlins series of mysteries. He has earned numerous awards, and much of his work has also been translated into various languages.

Walter Ellis Mosley was born to Leroy Mosley and Ella Slatkin in California. He was born on January 12, 1952. His mother was a personal clerk while his father worked as a supervisor at a public school in Los Angeles.

His father had also been enlisted in the U.S Army where he worked as a clerk at the Second World War. As Walter grew up, his thoughts were filled with imaginations and fantasies that he aspired to preserve in writing. He went to Victory Baptist School which was the only school then that handled subjects on black history.

At the age of twelve, his family moved to West Los Angeles. He joined Alexander Hamilton High School and graduated in 1970. Although his lifetime and stay in Los Angeles were marked with adverse racial segregation, Walter chose to remain liberal minded. A trait he learned from his father who encouraged him to perceive situations as stepping stones to achieving what he was meant to accomplish.

Walter Mosley loved reading especially the European classics by prolific writers like Dickens, Camus, and Zola. He derived his inspiration from their creativity and how they expressed their thoughts in writings.

Later, he developed an attitude to write primarily on subjects of racial inequalities in the United States. He enrolled at Goddard College in Plainfield Vermont but did not complete his studies.

Walter Mosley received his degree in political science from Johnston State College and began working as a computer programmer. In 1981, he went to New York and worked at Mobil Oil as he studied writing at City College.

In New York, Walter Mosley began serious writing and wrote some books in different categories. His writings vary from mystery to science fiction and political fiction. His writing was widely read in the United States and gained him recognition even at state level.

He was also inducted in the New York Writers Hall of Fame in 2013. In 2014, his work ‘Little Green’ earned him a nomination for the NAACP Image Award. The Mystery Writers of America named him as a Grand Master in writing in 2016.

Walter Mosley married choreographer Joy Kellman in 1987 and divorced her in 2001 ten years later. He lives in New York City and still active in writing. He is currently sixty-six years old.