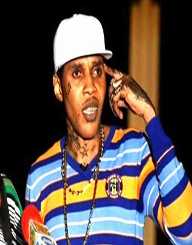 Vybz Kartel is a renowned reggae and dancehall artist, lyricist and entrepreneur. Although now incarcerated, he continues to live up to this reputation.

Adija Azim Paalmer known as Vybz Kartel was born in Kingston, Surrey, Jamaica on the 7th of January 1976 where he lived with his parents, older sister and grandmother. He schooled in Calabar High School until he was expelled in 1992 at the age of 16. He went on to complete his education in a technical tutorial school. He had two uncles who were aspiring musicians who inspired him in his fascination with music. By age 11, he had started to write his lyrics.

Adija Azim Palmer is known by many nicknames Vibez Kartel, Vybez Kartel, Vibz Kartel, Adidja Palmer, World Boss, Vybz, Kartel, Gaza Don, The Teacher, and Gaza General. The one that stuck out, Vybz Kartel, came about from the name of a music group he had formed with two other friends. They had named the group Vibes Cartel. He retained and modified the group’s name after it split up.

By the age of seventeen Vybz Kartel had released his first recording ‘Love Fat Woman.’ He continued to release hit after hit of dancehall and reggae singles. He began to rise more and more in prominence and international recognition as a reggae and dancehall musician, lyricist and deejay. Since the year 2005, he has had many star-studded collaborations with global hip-hop and R&B stars. The likes of, Jay Z, Rihanna, Busta Rhymes, Pharrell Williams, Lil Wayne, Eminem, etc. have included his unique reggae and dancehall sound in their music and remixes.

In the year 2009, Vybz Kartel had his song ‘Ramping Shop’ debut on the Billboard Top 100 Singles.

By the year 2010, Vybz Kartel had established his record label which he called Adidjahiem/Notnice Records. This was a collaboration between him and his business partner and producer Ainsley "Notnice" Morris. In the same year, under his new record label, he produced one of his most internationally recognized singles ‘Clarks’. It became and held fast as one of the top three reggae singles. It was one of the most played singles in radios in North America for a record forty weeks.

Vybz Kartel was featured on the Canada edition of So You Think You Can Dance Canada. He hosted a weekly dance party Street Vybz Thursday which got featured on MTV's Vice Guide to Dancehall.

Apart from being a musician, lyricist, and deejay, Vybz Kartel is also an entrepreneur. He has his liquor line, Street Vybz Rum, distributed by his own Vybz Distillers Limited. He also has his own condom line, Daggering Condoms as well his Shoe line and skin lightening soap production. His businesses have continued to run despite his incarceration.

Vybz Kartel's net worth is estimated at 1 million dollars.

The dreadlocked, tattooed reggae artist is one of the most controversial artists of his time. Vybz Kartel considers himself a voice for the people of Jamaica. He even saw his incarceration for murder from the eyes of a martyr swearing that he would fight for his people, the ghetto people from the platform that Babylon put him. From his personality, lifestyle, dressing, and music, Vybz Kartel seems synonymous with controversy.

His life and career have been trailed with several controversies. From rumors about homosexuality to skin bleaching claims to airwave ban for his obscene lyrics by the National Communications Network of Guyana to several disagreements with partners, public feuds, and public clashes.

The greatest controversy of Vybz Kartel's life culminated in his arrest and incarceration.

The Jamaican artist is twice married. Vybz Kartel's first marriage which ended two short years after its consummation was mired in its own controversy. His wife for the first two years of marital life was Stacy-Ann Alicia Elliot was a New York bank supervisor. They got married in 2006 and were divorced by 2008. The divorce came about on allegations that another man fathered the child of the marriage.

Vybz Kartel then started a relationship with musical artist Tanesha Johnson, popularly known as Shorty. She became what was referred to as his baby mama, with who he had three sons. They are currently married.

The Jamaican Major Investigation Taskforce arrested Vybz Kartel on the 29th of September 2011. He was arrested in connection with the murder of a Jamaican businessman, Barrington Burton, conspiracy to commit murder and illegal possession of firearms. He was granted bail for the killing of Burton and later found not guilty. He was however detained for another murder. The murder of Clive Williams also known as Lizard. This he was found guilty of and convicted on the 13th day of March 2014. He was sentenced to life imprisonment with the possibility of parole in thirty-five years.

While in incarceration, Vybz Kartel continued to churn out prolific music and win awards for them. He has released over fifty songs in 2016 alone.

While in prison in 2012 Vybz Kartel released a seeming martyr themed book titled The Voice Of The Jamaican Ghetto: Incarcerated but not Silenced. The book was co-written with business associate Michael Dawson and has been widely received even promoted by celebrities since it was published. The purpose of this book according to Kartel is using the pedestal that Babylon put him to fight for his people, the ghetto people. On the cover of his book, Kartel states “I pray this book helps to change Jamaica forever.”

Vybz Kartel continues to churn out hit singles and albums for which he has and still is being awarded for.

Amongst these are the 2008 CUMA (Caribbean Urban Music Awards).

In 2009 EME awards, he won Male DJ of the year and Lyricists/songwriter of the year as well as Song of the Year awards.

His music while in imprisonment is still yielding him multiple awards. Very recently Vybz Kartel was awarded the five awards in the 2017 Youth View Awards. He won Male Local Artiste of the Year, Dancehall Artiste, Hottest Summer Song Fever, and Local Chart Topping Song of the Year Fever, as well as Musical Collaboration for Loodi. There is still more to be expected of the Jamaican artist. In his own words, expect the unexpected.