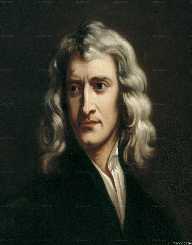 French Enlightenment writer Francois-Marie Arouet, known by his pen name Voltaire, was born on November 21, 1694. Voltaire was born in Paris as the youngest of five children in the family. His father was a lawyer, but his mother was on the lowest rank of French nobility. Voltaire was educated at the College Louis-le-Grand. He learned Latin, theology, and rhetoric. Voltaire later also learned Italian, Spanish and English.

When Voltaire was at school, he already decided to become a writer. His father wanted him to become a lawyer, so Voltaire lived in Paris and pretended to work as an assistant to a notary. In reality, he spent his time writing poetry. When his father found out about it, he sent young Francois to study law in Normandy. After a scandalous relationship with a French Protestant refugee, while he was working at The Hague, Voltaire was forced to return to France.

While living in Paris, Voltaire often got in trouble with authorities for his criticism of the government. He was incarcerated for eleven months in Bastille, for accusing Regent of incest with his daughter. Voltaire argued and campaigned for the constitutional monarchy and protection of people’s rights. In 1718, he adopted the name Voltaire, but the origins of it are not precise.

One of his earliest works was the play Artemire, which opened in 1720, and which turned into a poem about Henri IV of France. Voltaire was denied a license to publish it in France, so he moved outside of France, eventually securing publishing in The Hague. In the Netherlands, Voltaire experienced the openness and tolerance of Dutch society and was impressed by it. He returned to France and secured a publisher in Rouen, who agreed to publish his LA Henriade. The poem was an instant success, but his play Mariamne was a failure.

In England, Voltaire was circulating in the high society meeting many members of nobility and royalty. His time of exile greatly influenced Voltaire’s thinking and later work. In 1727, he published two essays in English- Upon the Civil Wars of France, Extracted from Curious Manuscripts and Upon Epic Poetry of the European Nations.

Spending two and a half years in England, Voltaire returned to France and was allowed to return to Paris. There, a French mathematician proposed him to buy up the lottery organized by the French government to pay off his debts. He won close to million livres, and invested the money cleverly in convincing the court of finances that he can take control of his father’s inheritance. He was allowed to do so, which made Voltaire rich.

In 1732, his play Zaire, praise for English liberty and commerce was a success. He also published a collection of essays Letters Concerning the English Nation, which was also published in France. The publisher released it without approval from royal censor, and the book caused a major scandal. It was publicly burnt and banned, and Voltaire had to flee Paris.

In 1733, Voltaire met Emilie du Chatelet. Voltaire took refuge at her and her husband's chateau Cirey-sur-Blaise. The two had an affair for more than 16 years. Voltaire paid for the renovation of the house, in which Emilie’s husband also sometimes lived- together with his wife and her lover. The couple collected more than 21,000 books and studied them, as well as performed several experiments.

During this time, Voltaire wrote several plays, including Merope and the book Elements de la philosopie de Newton. Voltaire was an essential part of bringing Newton’s work into general acceptance in France. In 1736, the Crown Prince of Prussia Frederick the Great, initiated correspondence with Voltaire. This led to him moving to Holland for several months and getting to know several scientists, such as Herman Boerhaave. During this time, Voltaire also lived in Brussels and the Hague.

In 1744, Voltaire decided to move out of the chateau, despite his deep commitment to the Marquise. His next love was his niece Marie Louise Mignot, with whom Voltaire remained together until his death. Marquise died in childbirth in 1749.

In mid-1750, Voltaire moved to Prussia to the court of Frederick the Great. He was appointed to the Order of Merit and given a salary of 20,000 livres a year. The relationship with Frederick The Great started to decline after Voltaire was accused of theft by Abraham Hirschel, who had invested in Saxon government bonds. At the time, Frederick was involved in very sensitive diplomatic negotiations with Saxony and couldn’t afford a scandal.

Voltaire also wrote the Diatribe of Doctor Akakia, in which he satirized theories of the president of Berlin Academy of Science. Frederick was much angered and ordered all copies to be burned. After this, Voltaire left the court and journeyed back to France. During the Seven Years War, Voltaire and Frederick reconciled.

In 1754, Louis XV banned Voltaire from Paris, and he went to live in Geneva. He bought property and continued his work on plays. His play The Maid of Orleans sourced his relationship with Calvinist Genevans. He also published the Candidate, or Optimism- a satire on Leibniz’s philosophy is arguably one of his best-known works. In 1764, Voltaire published his philosophical work Dictionnairephilosophique. Voltaire was also initiated into Freemasonry, urged by his friend Benjamin Franklin.

In February 1778, Voltaire returned to Paris to see the opening of his tragedy Irene. The long trip was too hard on the 83-year-old artist. He became ill in March and died on 30 May 1778. Before his death, Voltaire, as a public critique of the Church, refused to retract his views and was denied a Christian burial in Paris. He was buried secretly at the Abbey of Scellieres in Champagne.