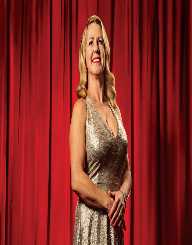 American figure skater and boxer Tonya Harding was born on the 12 November 1970 in Portland, Oregon to LaVona Fay Golden and Alan Harding. Tonya Harding had an abusive mother who found it difficult to support her family on her wages as a waitress. She had one sibling, a half-brother Christopher Davison.

Tonya Harding started skating at three years old. In 1986 she came 6th in the U.S. Figure Skating Championships, and she continued improving until she was 3rd in 1989. In 1991 she won her first triple axel at the U.S. Championships, making history by winning the title with the first 6.0 awarded to a single female skater.

Tonya Harding was involved in an attack that Shane Stant carried out on Nancy Kerrigan on the 6 January 1994. Her husband at the time Jeff Gillooly and her bodyguard Shawn Eckardt hired Stant to attack so that Kerrigan would b unable to compete in the 1994 Winter Olympics. Kerrigan’s leg was injured, but not broken as planned. She took part in the Olympics and won a silver medal. The incident became the focus of the world media, and in February 1994, Gillooly accepted a plea bargain for his testimony implicating Harding. The assailant, Gillooly, and Eckhardt plus the getaway driver, Derrick Smith, served prison time for the assault on Kerrigan but Tonya Harding avoided prosecution by pleading guilty to conspiracy and hindering justice, She was given 500 hours of community service, a $160,000 fine, and three years probation. The United States Figure Skating Association stripped Harding of her 1994 U.S. Championships title, and she was banned for life from participating either as a skater or a coach in any event held by the U.S. Figure Skating Association.

Tonya Harding published an autobiography The Tonya Tapes in 2008.