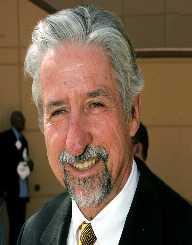 Tom Hayden? was a radical civil rights activist, politician, and academician from the southern states of the US.

Thomas Emmet Hayden was born to John and Genevieve Hayden in Detroit on December 11, 1939. He was raised by his mother after his parents divorced in 1949. He maintained a good relationship with his father. They met regularly during the weekends. Hayden went to a Catholic grammar school. He enrolled at the Dondero High School. He left the school after graduating in 1956. Hayden He was admitted to the University of Michigan.

Hayden became a reformist in college. He founded the Students for a Democratic Society or SDS. He became involved in student politics through editorial columns. Hayden was the editor of the college newspaper Michigan Daily. He was voted to serve as the president of SDS for two years. He left the presidency in 1963.

Hayden joined the radical reformist group Freedom Riders. This was a socialist group that participated in the civil rights movement. He organized public demonstrations in Georgia against the segregation policies in public transport. He was arrested and jailed for attempting to sabotage a railway station in Georgia. He created the Port Huron Statement while in prison. He emphasized the need for active public participation in the democratic process by the masses. He became the president of SDS after leaving prison. As president, he initiated the Economic Research and Action Project. The project helped to sensitize people to participate in the civil rights reforms.

In the 1960s, Hayden joined the Newark Community Union Project in New Jersey. He worked with the inner city residents to provide better housing and social amenities to the community. He saw the vicious racial wars in Newark pitting the whites and the minority groups, mostly Asians and the blacks. The police sided with the white community in attacking the minorities in the community. He documented the incidents in his book, Rebellion in Newark: Official Violence and Ghetto Response.

As the American War in Vietnam escalated, Hayden became more vocal against the war. He traveled to Vietnam as part of the Socialist Party reform group in 1965. He returned to Vietnam with other party members in similar fact-finding missions. After his wedding in 1973, he teamed with his wife in the anti-Vietnam war crusade. He traversed the country giving speeches contrary to the US war activities in Vietnam.

In 1968, he led a protest in Chicago during the Democratic National Convention. He was arrested and charged for conspiring to initiate public violence. Hayden and six other co-accused persons were convicted of the list of charges against them. Hayden and the others appealed against the conviction. They spent the next five years in the corridors of justice. Finally, the court overturned the convictions and set them free.

In the middle of 1970s, California embraced the open participation of citizens in governance. Hayden formed another activist group, the Campaign for Economic Democracy. He used the CED to stop the construction of the proposed nuclear reactor in California through a citizen’s referendum. He won other milestones like government funding to public health and anti-tobacco policies.

In 1976, Hayden entered mainstream politics as a Democrat. He lost the senatorial race in California to Republican candidate John Tunney. He continued with social activism until 1982. Hayden joined the race for the California state Legislature seat. He won and served for the next ten years. He left the assembly in 1992. He entered the State Senate from 1992 to 2000.

In the state senate, Hayden fought for the equitable distribution of opportunities to all in public universities. He worked with environmentalists in promoting the restoration of the environment. Hayden worked with the city department for the provision of clean water to the population. He worked to reduce the taxation of the low-income earners, and the integration of immigrants in the state.

He survived a Republican onslaught on his seat. He twice won expulsion hearings in the legislature for opposing the Vietnam War. Hayden continued opposing the wars in Iraq and Afghanistan in his retirement.

In 2004 and 2008, he endorsed Barrack Hussein Obama in his bid for the White House. Obama won the two elections.

Hayden married Sandra Cason from October 1961 to 1962. After the divorce, he married Jane Fonda from January 1973 to June 1990. He divorced again. He married Barbara Williams in August 1993 until his death. He had two biological children with his second wife. He adopted a son in his third marriage to Barbara.

In 1988 he wrote his memoirs titled Reunion: A Memoir. In 2015, he authored and published a book titled Listen Yankee! Why Cuba Matters. He attacked the American big brother syndrome against Cuba.

Hayden died in Santa Monica, California on October 23, 2016. He succumbed to a long illness aged 76 years.

He was a progressive reformist in his youth. He became one of the few whites who supported and worked with the Black Panther Movement. He served as the director at the Peace and Justice Resource Center in California