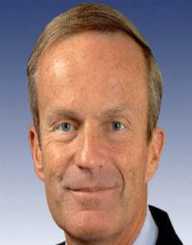 William Todd Akin was born 5th July 1947, to Paul and Nancy Akin. He was born in New York City, New York, in the United States.

Akin studied at Worcester Polytechnic Institute in Massachusetts, and he graduated in 1970 with a degree in Management Engineering.

In 1984, He studied at Covenant Theological Seminary for his Master of Divinity degree. Akin chose not to join the ministry.

In 1988, Todd Akin ran for a seat in the Missouri House of Representatives. He won the seat, and he also won re-election, spending 12 years in the position. He was on the House Ways and Means Committee.

Some of his work during his 12 years included speaking in favor of homeschooling, allowing concealed weapons to be carried, and voting against some of the proposed spending and tax increases.

In 2000, Akin ran for a seat in the U.S. House of Representatives and was successful. He was re-elected five times and served until 2013 as a Republican.

He was outspoken on specific issues, and he has always had the stance of being anti-abortion under all circumstances. He is still also candid about the right to carry arms, and he is strongly opposed to online poker gambling.

He ran for re-election in 2012, but lost, and consequently retired from public service.

In 2014, he wrote a book, called, Firing Back: Taking on the Party Bosses and Media Elite to Protect Our Faith and Freedom.

In 1975, Todd Akin married Lulli Boe. The couple has six children, who were all home-schooled.