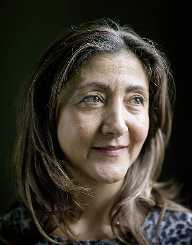 Ingrid Betancourt was born on December 25th, in 1961. She is a well-known politician. Betancourt has once served as the senator of Columbia. She earned her fame after being abducted by Revolutionary Armed Forces of Columbia in early 2002. During this time, she was among the presidential candidates. However, Betancourt was rescued in July 2008 after spending six years in captivity.

Ingrid Betancourt was born on December 25th, in 1961. Her place of birth was in Bogota, Columbia. Yolanda Pulecio, her mother, was also an avid politician. At some point, she served in Congress where she represented destitute regions in Bogota.  Gabriel Betancourt, her father, also worked in the government as the minister of education.

Ingrid Betancourt took her early education in France before later moving to England where she attended a boarding school. After that, she joined the Paris Institute of Political Studies.

After the assassination of Luis Carlos Galan in 1989, Ingrid Betancourt was strongly motivated to make an official return to Columbia. The following year, she showed her interest in politics by first working at the finance ministry and subsequently at the foreign trade ministry. After this, she resigned and focused on politics.

A few years later in 1998, Ingrid Betancourt ran for the office of Senator. She emerged victorious in an election that saw her become a senatorial candidate with the largest number of votes amassed. While in office, she received a number of death threats. These threats also influenced her children to flee to New Zealand where they resided with their father.

In 2001, Ingrid Betancourt announced that she would be running for the office of the president. However, it was during her presidential bid that she was kidnapped. She spent six years in the arms of her kidnappers before she was rescued in 2008. Betancourt was rescued alongside other 14 captives.

After graduating from college, Ingrid Betancourt wedded Fabrice Delloye in 1983. Together, they welcomed two children in their relationship. Their firstborn Melanie was born in 1985 and Lorenzo; their second born was born in 1988. Her marriage to Delloye automatically gave her French citizenship.

However, their marriage ended in divorce in the mid-1990s. Years later, Betancourt wedded for the second time, this time to Juan Carlos Lecompte. This marriage did not last long as it also ended in divorce.