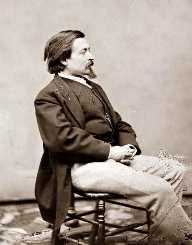 Thomas Nast is best described as the Father of the American Cartoon. He was a German American who loved art from a young age. Thomas was born in Germany but moved to America along with his Family when he was still young. Though he had no interest in most of the school work, drawing and sketching was what he loved most and performed best. The love of art was what made him one of the best political cartoonists later in life.

He landed his first job as an illustrator as a young man, and this marked the beginning of his career. In the 19th century was when his cartoonist editorials were remembered most. He exposed the corruption of Tammany Hall Democratic party political machine and Democratic Representative Boss Tweed, at the same time advocating for justice.

In the years 1864 to 1884, Thomas Nast is believed to have had a great impact on the outcome of the presidential election. This earned him much popularity. Thomas is also remembered for developing the latest versions of Santa Claus.

Thomas Nast was born on September 27, 1840. His birthplace was Landau, Germany. He was the son of Joseph Thomas Nast a trombonist and Appolonia. He was the last born and had one other sibling. They moved to America when he was around six years old. He then began his primary education in New York City. He was not a bright student in his class work but was extraordinary in drawing and sketching.

He joined Alfred Fredericks and Theodore Kaufmann and studied art for a year. Later in the mid-1850s he enrolled in National Academy of Design but had to drop his studies due to lack of fees. He then landed himself a job at Leslie's Illustrated Newspaper in 1856.

In 1856 Thomas Nast was a draftsman for Frank Leslie's Illustrated Newspaper till 1959 when he shifted his career to Harper's Weekly. This is where he had his first encounter with exposing corruption with his cartoon illustrations and publications. For the first time, his publications appeared in a newspaper which marked the beginning of his cartoonist fame.

In 1860 in England he did illustrations for New York Illustrated News. He focused mainly on major sporting events like the battle between the American John C. Heenan and the English Thomas Sayers. The Illustrated London News in Italy later took him in to do drawings on Garibaldi military campaign. This was a campaign meant to restore unity in Italy. He then returned to New York in 1861. Thomas joined Harper’s weekly in 1862 as a staff illustrator.

Thomas Nast always used his illustrations to expose corruption and oppression from political leaders. But the one that marked rise in his career is the downfall of a politician named William Tweed. This particular politician’s corrupt ways frustrated Thomas to the point that he made sure he exposed him. Tweed had taken full control over New York City and was deeply rooted in political corruption. This was in the late 1860s. Thomas’s illustration The Tammany Tiger Loose-What are you going to do about it? Which appeared in Harper’s weekly in 1970 marked the downfall of Tweed. Tweed was arrested in 1873 on charges of fraud and Thomas was able to gain more fame.

However, the death of Fletcher Harper, publisher of The Weekly’s changed everything for Thomas. Fletcher was one strong supporter for Thomas, and after his death, Thomas always disagreed with the publication editors. He left the publication eventually in 1886 which lead to great financial challenges for him. In 1992 he decided to accept an extended hand from an admirer of his work with President Theodore Roosevelt. He assumed the role of U.S. counsel general for Ecuador.

Thomas Nast contracted yellow fever while working in Ecuador. There was an outbreak of the disease, and he was unfortunate to be among those who contracted it. He died on December 7, 1902, and was buried in the United States. The Thomas Nast Award was then created in his honor as the Father of the American Cartoon.