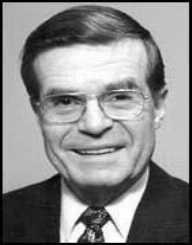 Theodore Chaikin Sorensen was an American lawyer, political strategist, and speechwriter to the former US President John Fitzgerald Kennedy.

Theodore Chaikin Sorensen was born in Nebraska on May 8, 1928. He was the son of Christian Sorensen and Annis Chaikin. Named after US President Theodore Roosevelt, he grew up in a middle-income family. His father was a lawyer, while his mother was a social worker. Sorensen was surrounded by politics from a young age. He carried the name of a prominent politician. Lincoln, the place he was born was named after Abraham Lincoln.

He studied Law at the University of Nebraska. He left for the US capital in July 1951 at the age of 23. He got employed as a lawyer at the Federal Security Agency. He worked for the government until 1953.

Theodore Chaikin Sorensen met John Kennedy and became his special advisor. He worked with Kennedy for the next four years. He helped Kennedy with an economic plan for the revamping of the economy of Massachusetts. Kennedy framed his three first speeches as Senator in Congress to outline the financial policy of Massachusetts. Sorensen helped Kennedy publish the much acclaimed 1957 book Profiles in Courage.

During the Democratic primaries for the US presidential ticket, Sorensen played an integral part in Kennedy’s campaign. He managed his speeches, public relations, and campaign policies. In the beginning, even Sorensen did not believe that Kennedy could pull through the campaigns. Eventually, Kennedy won the ticket.

On January 1961 John F. Kennedy became the president of the US. Theodore Chaikin Sorensen drafted his acceptance speech. After that, he became the special presidential advisor and head of his speechwriting team. He prepared Kennedy’s inaugural address which made the new president famous across the world.

Sorensen worked on the domestic agenda during the early months of the presidency. After the botched plan to overthrow Fidel Castro, Sorensen drafted a letter to Soviet President Nikita Khrushchev. He proposed a peaceful deal out of the Cuban crisis. Khrushchev had stationed missiles in Cuba that could hit any part of the US. President Khrushchev obliged to the proposal, thus averting a possible nuclear war. Sorensen became more involved in the administration’s foreign policy formulation.

In the inner circles of the administration, Theodore Chaikin Sorensen was the driving force. He tackled any difficult situation with ease. He wrote and advised the presidential speeches and itinerary within and outside the US. Tragedy came in November 1963. President Kennedy was killed by a sniper. On February 29, 1964, Sorensen resigned from his position in the administration.

Theodore Chaikin Sorensen went into private law practice. He was invited into politics in 1968. He worked closely with New York Senator Robert Kennedy during the 1968 presidential campaign. After the loss of Robert Kennedy, Sorensen became a global consultant attorney. He gave his advisory services to international organizations, governments, as well as practicing international law.

He returned into politics. He tried running for the New York Senatorial seat. Sorensen lost in the Democratic primaries. He was the presidential campaigner for Gary Hart in the 1984 presidential elections. He campaigned for the Obama presidential campaign in 2008. Sorensen delivered many similarities between Obama and John Kennedy. They were young, energetic, bipartisan and first-timers in Senate. They were also close to the people on the ground.

He served in the advisory boards of numerous learning institutions, government agencies, and other prominent private organizations.

Theodore Chaikin Sorensen documented and published books during his time in and out of government. In 1965 he released Kennedy. In 1970 he did The Kennedy Legacy. In 1996, Sorensen published the book Why I Am a Democrat.

He has been portrayed in films like Missiles of October, a film produced in 1974 about the Cuban Missile Crisis. In 2000, he was portrayed in the movie Thirteen Days, and the 2018 film Chappaquiddick.

Amongst other awards, Sorensen was recognized by the Us government in February 2010. He was bestowed by the Obama administration the National Humanities Medal. He was hailed for his service in advising on sane government and foreign relations.

Theodore Chaikin Sorensen died on October 31, 2010, in a New York hospital. He managed his time as an advisor during the Kennedy administration to formulate sound domestic and foreign policies. His advice to President Kennedy averted a looming nuclear war with the Soviets.